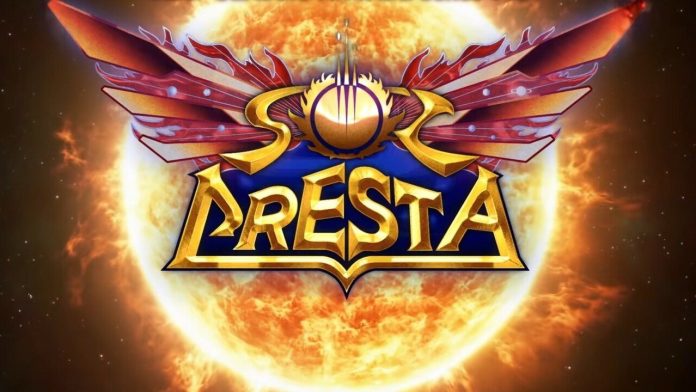 We heard about Sol Cresta — a sequel to arcade shoot-’em-ups Moon Cresta and Terra Cresta — around April Fool’s Day this year, and, honestly, we weren’t sure if Platinum Games was pulling our leg (partly because it was their April Fool’s joke for 2020). But now, a few months later, they’ve released a (very real) trailer, which names Hideki Kamiya as the writer, and Yuzo Koshiro (Kid Icarus: Uprising, Smash Bros., Etrian Odyssey) for the game’s music.

Platinum Games has released a new trailer for Sol Cresta (sequel to Moon Cresta and Terra Cresta) coming to Switch/PS4/PC.

Yuzo Koshiro doing the music is awesome. His credits are too long to list, but he’s a legend. pic.twitter.com/Ki6HCPjQRY

The previous Cresta games were both top-down space shooters, with the additional gimmick of having to “dock” your ship in order to advance.

Both games were made by Japanese developer Nichibutsu, and designed for arcade cabinets, but after the retirement of the studio’s founder Sueharu Torii, the rights to their video game library were sold to Japanese publisher Hamster Corporation, who are responsible for Arcade Archives on Switch.

The game will appear in Hamster’s “Neo-Classic Arcade Series Vol. 1“.

I can only say one thing at the moment is that I’m involved in the project as a composer. However, if you are an FM enthusiast, you could guess what I wanted to do from the sound running through in the video. I’d appreciate you could wait for further official information.— Yuzo Koshiro (@yuzokoshiro) August 5, 2021

Although the game was announced for 2021 earlier this year, the trailer seems to imply a 2022 release date — before shooting the date back into 2021. We see what you did there, Platinum.