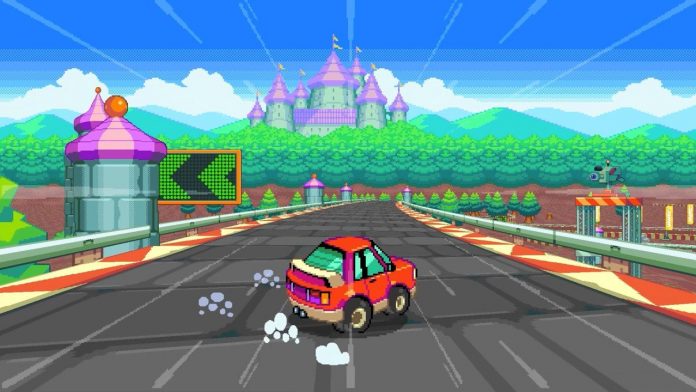 Playtonic Friends continues to expand its publishing line-up, and has now confirmed that it’s teamed up with developer SkyDevilPalm to bring Victory Heat Rally to PC and Switch in 2022. It was previously successfully funded on Kickstarter, and we featured it in our Nintendo Life Indie Spotlight last year.

This is a retro-style racer that mimics the ‘SuperScaler’ visuals of ’80s arcades and indeed early ’90s console games, throwing in some colourful character designs as well. It looks pretty darn stylish, and the following background is given in the press release.