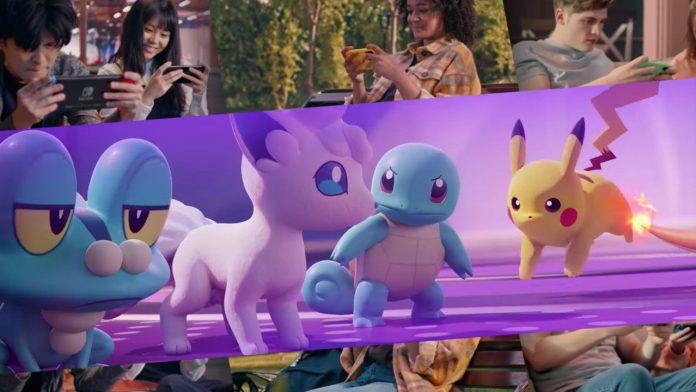 Well, today’s the day, folks. Pokémon Unite is now available on Nintendo Switch, with a mobile version planned to launch in September.

To celebrate the game’s release, The Pokémon Company has shared a launch trailer that shows how you and your very excitable friends can enjoy the game across both of these devices. If you’re not clued up on this one, Unite is a free-to-play MOBA where you can compete in feisty 5-on-5 team battles. Here’s the official description:

Welcome to Aeos Island, the home of Pokémon UNITE and a new Pokémon region where you can now compete in 5-on-5 team battles. With the July 21 release of Pokémon UNITE on Nintendo Switch, the first ranked match season—“Welcome to Aeos Island!”—is officially under way! The game is available for download from Nintendo eShop at no cost, and if you download by August 31, 2021, you’ll receive Zeraora’s Unite license to help you on your quest to victory.

By battling during the first season of Pokémon UNITE, you’ll find essential items that will help you achieve success in future battles. Battling frequently also raises your battle pass level, which is another way to obtain new items. And when you upgrade your battle pass, you receive additional rewards like rare Holowear.

Coinciding with the launch is the game’s first season, ‘Welcome to Aeos Island!’. The season battle pass will feature “many rewards”, ranging from in-game currency to Holowear. Players are tasked with completing both daily and weekly missions throughout the season to raise their battle pass level and receive rewards based on that level. Additionally, players who purchase the premium pass will have the chance to earn extra rewards, including the Holowear Hip-Hop Style: Pikachu and Captain Style: Cinderace.

As mentioned above, make sure to sign into the game by 31st August to receive a special Zeraora gift.

Are you planning on checking out Pokémon’s latest title? Let us know by voting in our recent poll!