ZemaGames
Home Game Releases Poll: Pokémon Unite Is Imminent But Divisive – Are You Planning To... 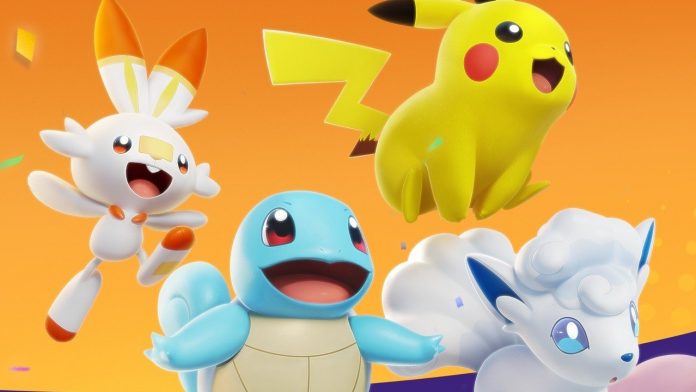 If you were to devise an ideal spin-off genre for the Pokémon franchise, there’s every chance a cross-platform MOBA (multiplayer online battle arena) would qualify as a particularly good idea. That’s exactly what Pokémon Unite will try to deliver when it arrives on the Switch eShop on 21st July, with a mobile release set to boost the userbase further in September. It’ll be free-to-start, unsurprisingly, with various microtransactions no doubt on offer for those that want to indulge further.

Yet the runup to release has been rather interesting. At launch its presentation got bombarded with negative reactions, potentially because fans were teased about a ‘big project’ and what we got was another free-to-play spin-off (we’ve had a lot of them over the years). The dislikes on YouTube came at a staggering level, with The Pokémon Company trying every trick in the book to get around them, eventually giving up and setting the original upload to private.

Based on some metrics though, including like / dislike ratios on other trailer uploads and broader videos on the game (like the one above), there’s now quite a bit of positive anticipation for the game. As we’ve highlighted above, conceptually it’s a potentially golden idea – the franchise is all about finding and then fighting with a range of Pokémon, so taking that formula into an online environment in which you team up with others makes sense. If you want to see enthusiasm for the idea there is plenty of it to be found.

That said, there’s still a fair amount of negativity too, which we’ve seen in our own comments sections and around social media. There are varying factors – one is that Pokémon spin-offs very rarely get anywhere near the traction of the main games, with the exception of Pokémon GO. Free-to-play as a model isn’t universally popular either, as the idea of being consistently targeted for microtransactions doesn’t sit well with everyone. Then there’s the genre itself, with MOBAs being hugely popular globally but nonetheless serving as a turn-off for plenty of gamers.

Another thread pops up a lot, however – Tencent. The media / publishing giant has one of its development studios producing the game alongside The Pokémon Company, which is highlighted by some as a reason to avoid it. The Chinese corporation (and its subsidiaries) have been investing heavily in global company shares and acquisitions – most recently UK-based Sumo Digital – to build its business. In many ways its activities in the entertainment business are little different to similarly aggressive corporate investment strategies from the likes of EA, Disney and Microsoft, but some do raise questions about Tencent’s links to the Chinese government. You don’t need to look far for media coverage exploring these links, and it’s cited by some as reasons for them to avoid Tencent projects.

That’s undoubtedly a rather complicated topic, perhaps more nuanced than a lot of the perspectives regularly shared online. But it is a factor for some, it seems, though perhaps consumers will need to get used to it – Nintendo works with Tencent for Switch distribution in China, and of course The Pokémon Company is working with the corporation on Pokémon Unite. With all of Tencent’s investments and its influence we’ll see its name on a lot more projects in years to come.

So, with all of that in mind, let us know in the polls and comments below what you think of Pokemon Unite, and whether you’re planning to dive in when it launches on Switch.