ZemaGames
Home Game Releases Poll: So, Will You Be Getting A Switch OLED Or Valve Steam... 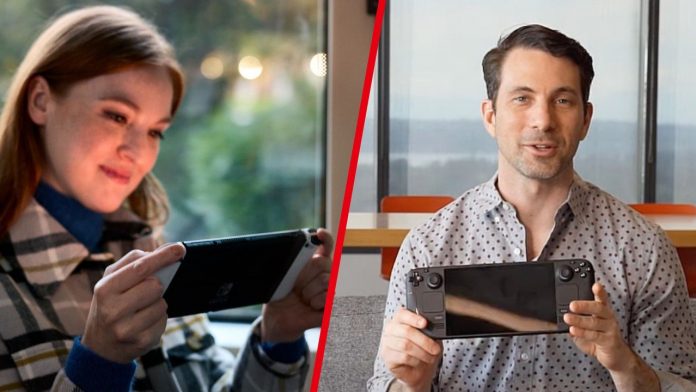 Yesterday, Valve dropped something of a bombshell by announcing the Steam Deck, a handheld PC that runs SteamOS and grants access to thousands of games in the massive Steam library.

Available in three variants and powered by slick AMD tech, the Steam Deck will even have its own Switch-style dock at some point, and was shown running many titles which are also available on Nintendo’s console. Heck, Valve even got former Nintendo Treehouse staffer Erik Peterson to demonstrate the new product.

Here’s how the two devices stack up in terms of specs:

Given that Nintendo is operating in a very different market to Valve, it’s debatable as to whether or not the Switch and Steam Deck will be in direct competition.

Nintendo has the family market sewn up, and it can call upon its peerless selection of first-party games, too – but given that the Switch OLED and Steam Deck are launching reasonably close to one another and there’s only $50 difference in price between them, it’s tempting to ask: Which one will you go for?

Be sure to vote in our poll below and let us know your thoughts with a comment, too. Perhaps you won’t be getting either option?