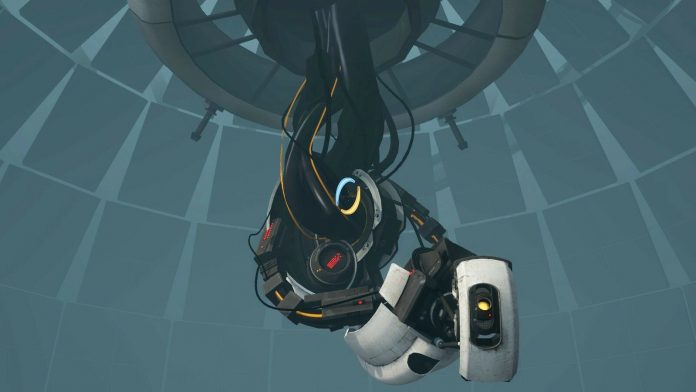 If you ask me, Portal’s signature moment involves putting a portal in the ceiling and another portal in the floor just below it. Thump, thump. These portals, for the uninitiated, are basically two sides of the same magical hole; walk through the orange portal and you emerge through the blue portal. In the game’s deliriously arch fiction you are testing a device that projects these holes, allowing you to do unusual things with space as a result.

How unusual? With the floor and ceiling set-up, you have created an extremely short tunnel, the height of the room you’re in. And yet it’s also a tunnel you can fall through forever, that single room zipping by again and again like the repeated domestic background in a Tom and Jerry cartoon.

Here is the thing, though. Over a decade after Portal’s release, just thinking about Portal can be a bit like falling through that simultaneously brief and endless tunnel. Oh, to make a Slinky of your thoughts! Blue becomes orange, distance becomes time, ceiling becomes floor becomes ceiling again. Absolutes clash against conflicting absolutes.