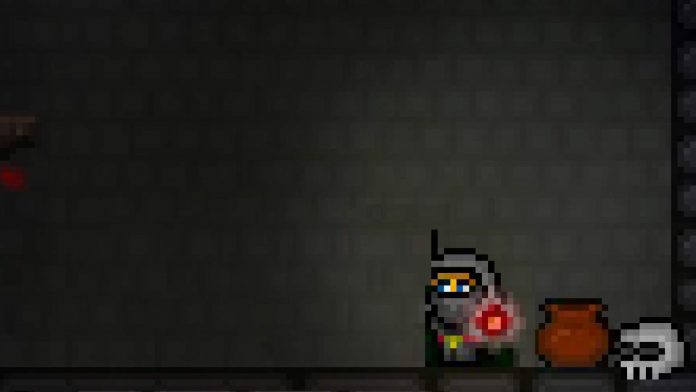 Princess.Loot.Pixel.Again is the translation of our team’s most brave ideas in game design: an advanced combat system and random generation, which adds interest and complexity to the gameplay.

We wanted to combine our ideas in a traditional for the genre setting with princesses and dragons, the classic story about a brave knight. This is the atmosphere that we remembered from our childhood — the spirit of long-forgotten gaming platforms, each of the games of that time we remember with warmth, we made references to some of them, sometimes obvious.

Establishing a simple and understandable story as the basis of the game gave us the opportunity to concentrate our efforts on the gameplay. We consciously abandoned the current developments in gameplay design in favor of retro and even abandoned the grind in a radical way – we added permanent death. The game could have been released earlier, perhaps even a few years earlier, but we always wanted to make it even a little better.

Our idea for the entire development period was characterized by a few lines:

Save the Ruler from the clutches of the Bloodthirsty Dragon!
Win the hand and heart of the Princess!
Use a variety of equipment and artifacts!
Dodge enemies and jump over spikes!
Enjoy the pixelated retro styling!
All this has happened before? Do it again!

This is the basis of PLPA, with these lines began every working day of the team, but at some point, we got bored with Dragon, it was too banal an antagonist. In the game there is no hint at the seriousness of what is going on, it is not a story about a hero in the usual sense, here we are going to have a lot of fun. It is important for us that the player can enjoy the gameplay.

Although the game has a permanent death mechanic with the subsequent random level generation, the decisive role is still played by skill, not random. With each death the player learns from his own mistakes, calculating each step ahead. There is a whole knowledge base about the game mechanics, artifacts, in-game events, which you are gradually learning, getting involved in the universe of the game, created by us.

We will be glad to find like-minded people among console players as well because the game was originally designed for comfortable gaming on the gamepad.

☆☆☆☆☆
2
★★★★★
$4.99
Get it now
Princess.Loot.Pixel.Again is a dynamic platformer with the elements of a rogue-lite, a combo system and special moves. The main goal is to clear all the floors of the Dark Tower and defeat the main antagonist – the Evil Mage. This won’t be easy because after the permadeath of the main character the castle floor plan is automatically redesigned. Whether you succeed or not primarily depends on your skills, not on random events. The player gradually gets to know game mechanics, learns the effects of artifacts, items, skills, the behavior of enemies and bosses. This lies at the core of gameplay – the player gets better mainly by learning from their mistakes and improving their skills, not from leveling up their character.

Plot
The story starts with a young man who fell in love with the King’s daughter and dared to go and ask the ruler for his daughter’s hand. But a commoner is no match for her, so the King sends for the executioner to have him beheaded. At this very moment, the Evil Mage bursts into the castle and kidnaps the King. Our fearless hero rushes to the villain's lair to defeat him and prove he is worthy of the King’s blessing.
The castle halls diverge at certain points, which means the player will have to make important choices.
The game has several endings which depend on how many times you complete it and the paths you choose.

Related:
Tony and Clyde Aim to Rewrite the Book on the Shoot ‘Em Up Genre
Mainframe Defenders Now Available
Mutazione’s Penpal Update: Telling a Story After It Ends