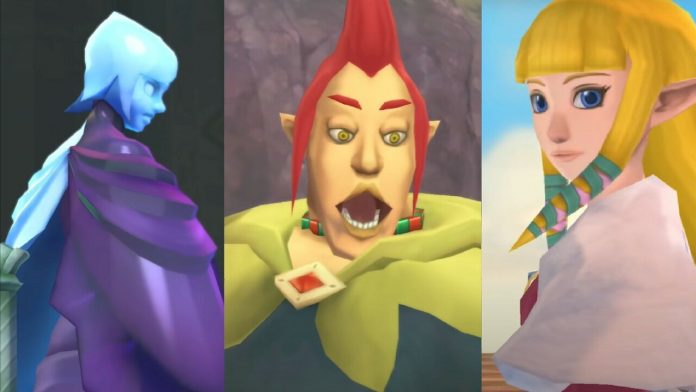 Step aside, every K-Pop band ever: the new star of the fancam is Skyward Sword.

But what is a fancam, you ask? Well, picture this: you really love a particular member of a band, but the on-camera time is split between each member, so you take every single shot of that one person from one concert, and stitch it together to show off only them. It’s extremely popular on Twitter, where people will post unrelated fancams of their favourite K-Pop bands or celebrity under pretty much any post.

You can usually recognise them by their “filmed vertically on my phone” aspect ratio, their “filmed live at a concert” audio, and their magnetic adhesion to the person of choice.

To put it more succinctly: They are videos made to show off your appreciation for a particular person, and Nintendo — a company that, let’s be honest, is often a little behind the times — seems to have figured out how to do them.

We present to you, fancams of Fi, Groose, and Zelda from Skyward Sword:

…We’ll admit, they’re a little odd. What’s with the generic music? Why doesn’t Link have one? We don’t have answers, but we do have a deep appreciation for whenever Nintendo makes memes. Good job, Ninty.