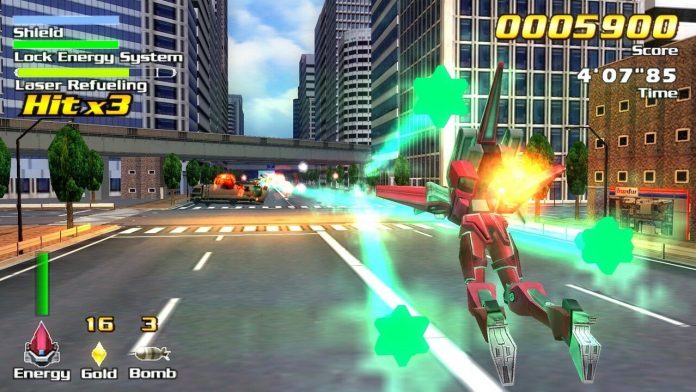 Go ahead, mech my day.

Ziggurat are on a roll with resurrecting games from decades ago — yesterday, we had the news that cult vampire classic Bloodrayne was getting “ReVamped” for the Switch, and today, Ziggurat have announced a September 30th release date for ExZeus: The Complete Collection on consoles and PC.

ExZeus (AKA Counter Force) was an arcade game from the early 2000s, which was later ported to the PS2, PC, and Wii. It’s a rail shooter in the vein of Star Fox, only with a lot more mechs and a lot less Slippy.