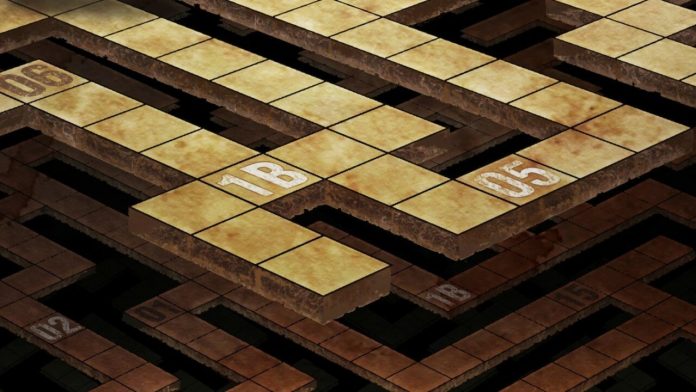 Exactly what it says on the tin.

We all worship the deluxe son et lumière of today’s games. Battles suck us in with explosive imagery, lavish cutscenes frame every encounter and voice artists declaim stories to rend our hearts. Wouldn’t it be embarrassing, then, if that were all shown to be a charade? If a game came along that created more engaging action, more meaningful encounters and a more moving story, but without any of that baroque dressing-up. Wouldn’t we all, gawping at ray-traced, rag-draped, sweaty warriors, be caught with our trousers down and/or skirts up? Metaphorically? Well, Dungeon Encounters is that game.

Immediately striking is the confidence with which Dungeon Encounters sets about its mission. There is no accident to its spartan approach to the RPG. The barest of excuses for a story, for example, is delivered with no shame: it is asserted right away in a small box labelled “Story”. (Summary: there was a town; a labyrinth appeared.) The save game list is titled “Expedition Chronicles” as if it were a thematic artefact of the scenario and not a functional artefact of the game. A common enough idea, yes, but in most games, that’s a way to try and maintain the illusion while covering off some video game housekeeping: here, it’s about 50% of the world-building. Dungeon Encounters – even in its name – is proudly bare-bones, but it’s deceptively meaty.