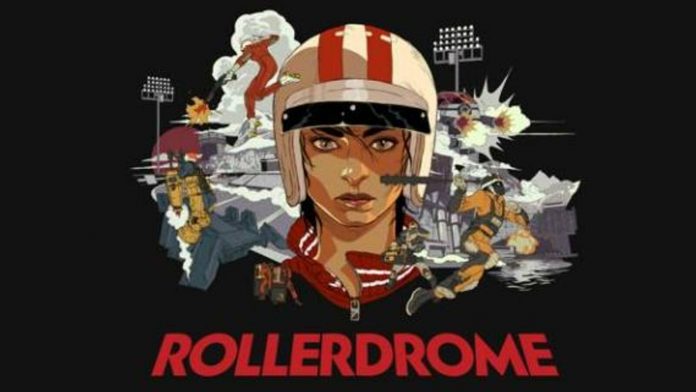 Is it possible to quantify cool? Rollerdrome, the latest from the skatemasters of Roll7, certainly thinks so. Skating games have always had scores, and have always had that essential breezy nonchalance at their heart, but Rollerdrome feels like the first to really make the coolness so explicit. This is a game where, locked into a series of retrofuture colosseums, you chain elaborate roller skate tricks while dodging rockets, ducking batons and pounding shotgun pellets into riot shields in ultra-slow motion. Coolness is something that evaporates as soon as you say it out loud, so of course it’s never mentioned, but the end-of-round score could be for nothing else.

Mark me down as a square, though, because I am pretty terrible at Rollerdrome, despite its efforts to convince me otherwise. Your job, as debutant Kara Hassan, the rookie outsider in a niche bloodsport that’s taking off in the worryingly not-distant 2030, is to sweep through the tournament and put a villainous rival in their place. There’s some nice framing here. Between stages Rollerdrome morphs into a miniature narrative game. You’ll have a little moment here and there to wander around a small area – a changing room, a radio station, etc. – poking and pulling at the threads of an overarching story. It’s simple, albeit not subtle: in a near-future, Britain-like place, corruption seeps in alongside privatisation, a brief, enjoyably gallows-humoured allegory that ties in nicely with your objective of winning this grim tournament but, more importantly, adds the spiky bite of antifacsism to a game that’s already bristling with style.

The style is, ultimately, everything in Rollerdrome. At times it feels like a kind of playable coffee-table magazine, doused in wonderful, full-screen splashes of colour on victory and death – colours, like a tangy, mustardy yolk and rich, blood-orange red, that you know a designer has tinkered with for hours to get just so – animated in immaculate, Moebius-style comic book art, Hassan clothed in an Eddie-the-Eagle one piece and a retro moped helmet with twin stripes. I feel like I’ve seen Rollerdrome before – somewhere just off Carnaby Street, probably, sandwiched between a graphic design company and a boutique for ’70s mods.