ZemaGames
Home Game Releases Soapbox: Nintendo Is More Collaborative And Open Than Ever, Which Benefits Us... 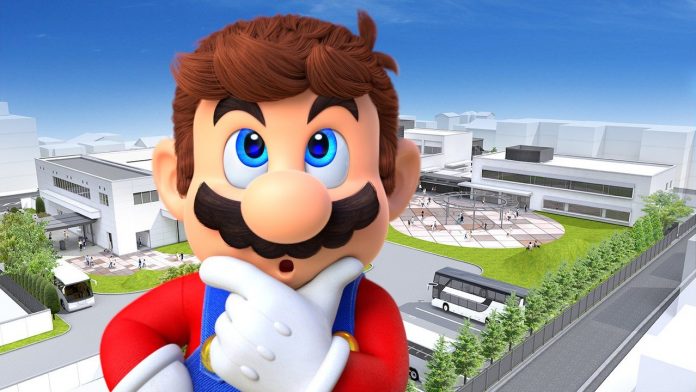 Nintendo is a company that has never been particularly good at communication. But it is a company that is good at learning from their errors. You remember that infamous Skyward Sword demo at E3 2010, right? The one where Miyamoto walked out onstage, waggled his controller around, and couldn’t get it to work (that sounded dirtier than I meant it to)? It’s no surprise that the following year Nintendo began using pre-recorded Nintendo Directs, meaning it wouldn’t have to undergo live demo humiliation again.

The last few years have seen Nintendo adopt an unprecedented new approach, where partnerships with a variety of companies are forged, with their approach to communication with fans changing significantly. Nintendo Directs, originally developed under the direction of Satoru Iwata, allowed for communication directly with fans; whilst the company’s approach to fan events and community creation based on Nintendo franchises is behind where we would want it to be, its focus on game development software like Super Mario Maker and the recent Game Builder Garage shows a level of willingness for ‘other people’ to make Nintendo-like games.

Let’s not pretend that Nintendo is as free with their IP as companies like Sega, as Nintendo is still notorious for being one of the most secretive companies in the gaming industry. But recently, the company has branched out, working with a range of partners on a variety of multimedia projects and opportunities that it would no doubt have shirked in the past. These partnerships look to be bearing fruit already, as Nintendo’s original deal with Illumination to make a Mario movie has seen Illumination’s CEO, Chris Meledandri, join Nintendo’s company board in a non-executive role.

More unusual for Nintendo is that it’s also looking to provide further context and understanding of its history. There have been a number of unofficial books and documentaries that have provided insight into the history of this private company, but for the first time ever Nintendo will be taking control of how its history is represented through the development of an official Nintendo Gallery Museum, opening in Japan in 2024.

It’s pretty significant that a games developer and publisher will have its own space dedicated to displaying and explaining its heritage to the general public. No other platform holder has their own museum, making for quite a bold statement about Nintendo’s significant place in the games industry. It’s also a much more expensive step to take compared to prior initiatives like the classic Iwata Asks series, although the new ‘Ask The Developer’ series is looking to capture the spirit of Satoru Iwata’s revealing interviews, as well. Whether the preservationist interest generated by the ‘gigaleak’ hack has impacted the company’s approach to making its archived material more publicly available is unknown but, if nothing else, that unfortunate episode demonstrated the insatiable thirst Nintendo fans have for behind-the-scenes development materials.

But it’s not just Nintendo getting in on the act. Ex-Nintendo employee Toru Hashimoto has recently opened his secret Tokyo Nintendo café, 84, to the general public for the first time. At first, the café was only accessible to Nintendo employees and big-name Japanese games developers, featuring an incredible selection of Nintendo memorabilia, and exclusive artwork and doodles from Japanese developers such as Yuji Horii, designer of the hugely influential Dragon Quest series.

84, members-only bar by former Nintendo employee that had closed down last year, has opened again. This time anyone can visit. If you love video games, consider going as there are a lot to excite you as fan. Located in Shibuya, Tokyo. Reservation is must. https://t.co/xUGU50UXdj— Takashi Mochizuki (@6d6f636869) June 7, 2021

Whilst Hashimoto cites the need for change as a result of the impact on the hospitality industry due to the COVID-19 pandemic, it means that Nintendo fans can one day sit in the same seats as some of the greatest Japanese game developers of all time, an opportunity many will jump at the chance to have.

So then, let’s ask the question you’re all here for: what does this mean for Nintendo’s content going forwards?

To start with, the company will increase investment in their partners, not just with games developers but across other media formats such as movies and TV. We’ve already begun to see the fruits of its more aggressive approach to licensing with a steady increase in merchandising, its Super Nintendo World theme park, and the in-production Mario movie, but this means that we might one day get to see that rumoured Legend of Zelda Netflix show, or something in that vein. It’s likely that we’ll see more Nintendo franchises receive the same treatment in the future, with Mario movies sitting alongside Zelda or Metroid content (Smash Bros. style MCU, anyone???).

Nintendo feeling more comfortable handing out their licenses to other companies, we could also see a wider variety of games developed outside of Nintendo’s hands

But with Nintendo feeling more comfortable handing out their licenses to other companies, we could also see a wider variety of games developed outside of Nintendo’s hands. It’s something the company has tested the waters with in the past, giving independent developers the chance to license out their gaming IP, such as utilising the Zelda franchise in Cadence of Hyrule. Handing over full control of main franchise entries hasn’t always worked well in the past (looking at you, Metroid: Other M!) but things are looking promising for their partnership with MercurySteam for the long-awaited Metroid Dread.

At times, it has felt like Nintendo has had too many plates spinning as it handled development on multiple systems, resulting in a noticeably lower output during the Wii U/3DS era. Focusing primarily on Switch has helped smooth development pipelines to an extent, but there are still regular gaps in the Switch release calendar, especially when it comes to the larger releases. This is why Nintendo partners with companies like Bandai Namco on various projects, but if more of the regular ‘big’ Nintendo games were developed either externally or in collaboration with other developers, we could see a more consistent release schedule of Nintendo games from their third-party partners, resulting in increased opportunity for Nintendo’s internal teams to develop their own new franchises.

For me, some of the most interesting Nintendo releases of the last few years have been new IP like Splatoon and ARMS and it seems like this is also a priority for Nintendo, with President Shuntaro Furukawa previously confirming that in the future Nintendo will increase their “work on new games and series”.

Obviously, none of these actions are entirely new. At different times throughout Nintendo’s history, the company has made efforts to bring its franchises to people outside of the video games sphere, and partnered with various organisations to make that happen. We all remember the classic Super Mario. Bros movie, don’t we? Ugh. The fallout from that lapse in judgement arguably turned the company overcautious when it came to IP licensing. Or how about the Zelda CD-i games? Double ugh.

But this time, it really feels like there’s more of a strategy to it. By working to bring Nintendo content to theme parks, the big screen, and even to a museum audience, Nintendo as an organisation is becoming much more open. And that’s a good thing for everyone.