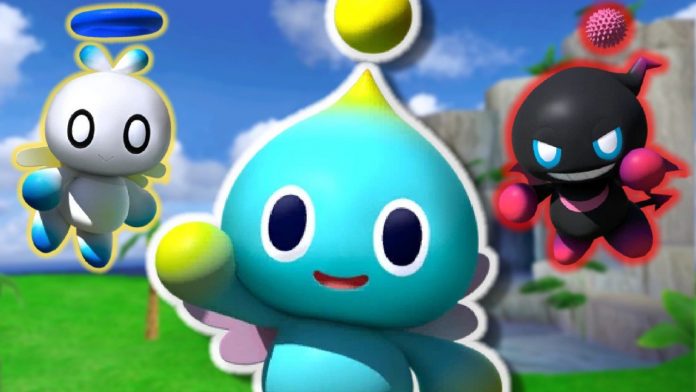 Alright, a quick disclaimer before I start spouting off about Sonic like I know what I’m talking about: I have only ever played one Sonic game. Properly, at least. I’ve certainly had a go on friends’ copies of the older games, and I watched the Sonic the Hedgehog movie, if that counts — but the only Sonic game I’ve ever owned and played for more than 30 minutes is Sonic Adventure 2: Battle on the GameCube.

However, I think that qualifies me to talk about Sonic, because it’s clearly the best one.

So, here’s what I know about the zoomy blue hogger of hedges: he’s a bit sassy, his friends are all either perky or misanthropic, and he is entirely naked except for shoes. Oh, and he goes fast. I don’t doubt that I’ve missed out on all sorts of Sonic lore by not playing the rest of his oeuvre, but I think I’m okay with those basic facts.

Sonic Adventure 2 is a 3D mostly-on-rails Sonic game that involves a lot of running away from things, and occasionally doing extremely tedious hide-and-seek levels while some so-bad-it’s-good rap plays in the background.

It might sound like I think Sonic Adventure 2 is a bad game, but I don’t. I love it. I love its weirdly earnest lyrical choices, where the characters narrate exactly what they’re doing as you play. I love that Knuckles can fly for some reason. I love that Sonic — known for his speed — spends a lot of the time in-game just sort of walking around, because the areas aren’t big enough for him to gather momentum. It’s a game full of bizarre design decisions, and that’s kiiiinda why I love it so much. I’m a fan of loveable jank.

But you’ve read the title, you know where I’m going with this, and you probably agree with me: the Chao Garden is the best thing that the Sonic series has ever done. I can confidently say this without playing any other Sonic games, because it’s just THAT good. Feel free to disagree in the comments, of course, but I am right. Sorry.

The fact that someone at Sega took one look at the idea behind Sonic — platforming, but really fast — and thought, “You know what this needs? A Tamagotchi minigame,” is incredible. What’s even more incredible is that they could have left it at that, but instead they decided to add morality and an actual representation of hell to the mix. You know what’s even more fun than raising a child-pet? Raising a child-pet that you repeatedly lob against a wall like a deflated football until it turns evil! Fun!!

The Chao Garden was the reason I played Sonic Adventure 2 as much as I did. Screw Dr Eggman and his nefarious plans; I was only interacting with the game in order to collect small animals to beef up my Chaos’ stats, and earn enough money to keep them well-fed. Sonic’s “missions” became a means to an end: this wasn’t a 3D platforming adventure with a Chao minigame, it was a Chao game with a 3D platforming game bolted onto the side.

“Honestly, Tommy, drowning is just the first step to being good at swimming. Stop complaining.”

I was like a proud parent at a school sports day, cheering on my little Chaos as they competed in the Chao races. If given the option, I would have happily sabotaged the other Chaos to ensure that my little one emerged victorious. I would spend hours in the garden, alternately cuddling and yeeting the Chaos based on which alignment I wanted them to grow into. I do not truly care for Sonic; all I care for is Chao.

And yet, despite its clear appeal, we have not seen Chao Garden’s true return in 20 years. Although versions of it have appeared in Sonic Advance, Sonic Chronicles: The Dark Brotherhood, and even the 30th anniversary Sonic/Minecraft crossover, we have not had the chance to raise the little critters properly in two decades.

But pet-raising simulation games are coming back, slowly but surely, no doubt thanks to ’90s nostalgia being in vogue. Neopets rumours, new hi-tech Tamagotchi generations, and games like Zoo Tycoon have proved that there’s still a market for these games, and we certainly wouldn’t say no to a revival of the Nintendogs series on Switch, either.

Let’s put it this way: The time is ripe for a Chao Garden comeback. I just hope they don’t resent me for being gone so long.