ZemaGames
Home Game Reviews Someone should make a game about: fulgurites • Eurogamer.net 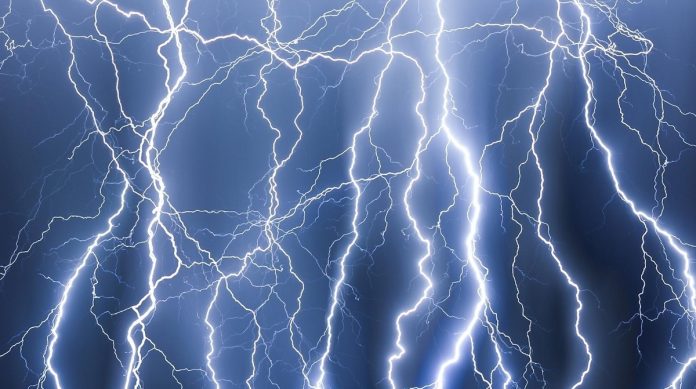 There are certain aspects of modern living that my mind simply won’t accept. Despite having had it explained to me many times by others, and with no small amount of research on my part, I still distrust planes. I took a four year chemistry degree at university, and I’m still fairly skeptical about how gravity works, or why sand turns into glass when it gets hot. Despite accepting the science behind all of these things, I still chalk most of it up to some kind of cosmic magic that I’ll never truly understand. Fulgurites then, are tangible proof of at least one of these things. A rare opportunity to hold lightning in your hands.

Fulgurites are essentially glassy rock formations that are left behind in sandy areas after a lightning strike. Some look like rusted pipes, others shine with a sort of green shimmer, with brittle tendrils that reach up towards the sky. It seems wrong to have such a tangible object left behind after something as otherworldly as a lightning strike. It feels like seeing something you weren’t supposed to see, like the lightning bolt messed up somehow, leaving evidence behind during its brief trip to Earth. Regardless, they are often left standing tall and shining on the beach after a storm. Evidence as good as you’re likely to get that the transition from sand to glass is a natural, plausible thing.

As magical as fulgurites seem to a large ape like me, I can’t help but imagine what they must mean to the ants and mites living in the dunes below. A flash of light, a loud bang, the smell of smoke and sulfur in the air. Suddenly a glass tower, seemingly appearing from nothing. It must be akin to a religious experience, if ants were capable of such thought. Perhaps that’s a blessing, to be able to witness such an experience, while lacking the brain power necessary to ponder it until it turns from wonder to existential dread.

This is the line of thinking that made me realise how fertile fulgurites might be as a subject for a game. We who play games love to play God, and what better way than directing super-heated lightning bolts down towards the dunes. As these heavenly bolts hit the sand below, fulgurites would form. Over time, a whole city made up of rocky glass would start to take shape, a fragile oasis for bugs and other creatures to inhabit.

More than anything, I’d just like to see more examples of fulgurites in popular culture. There are surprisingly few examples of them cropping up anywhere of note. I learned of their existence while watching the 2002 rom-com Sweet Home Alabama, which stars the eternally excellent Reese Witherspoon. In it, a character named Jake is seen driving steel rods into the sand at a beach. He intends to harness the power of lightning to create the glass he needs for the art he makes. This signifies perhaps what we humans do best, take an intangible and chaotic force of nature and bend it to our will, creating beauty in the process.

Perhaps it just isn’t all that important that you understand how a plane flies, or exactly how gravity exerts its hold on everything around you. It’s a privilege to be able to experience these things at all, and to be able to use them to leave your mark on the universe. I’m thankful that things like Fulgurites exist. They allow us to hold the unexplained between our fingers, providing slight hints to the wonders that happen whether we’re around to see them or not. I suppose what I’m saying is this: Building a city out of glass for bugs to live in would be great, wouldn’t it?