Square Enix has said it’s still too early” to embed blockchain in its most popular franchises games, but has confirmed that “the development of blockchain games and entertainment products” remains on the company’s list of medium-term goals.

According to Michsuzuki and spotted and translated by our friends at VGC, Square Enix’s CEO Yosuke Matsuda confirmed at the company’s recent Shareholders’ Meeting that it was “too early to make Dragon Quest and Final Fantasy blockchain games”, emphasising that he was “not thinking about that” for upcoming releases.

VGC also purports that the company is keen to create “story-focused” NFTs, too. 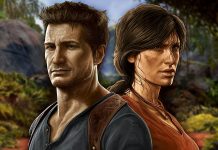