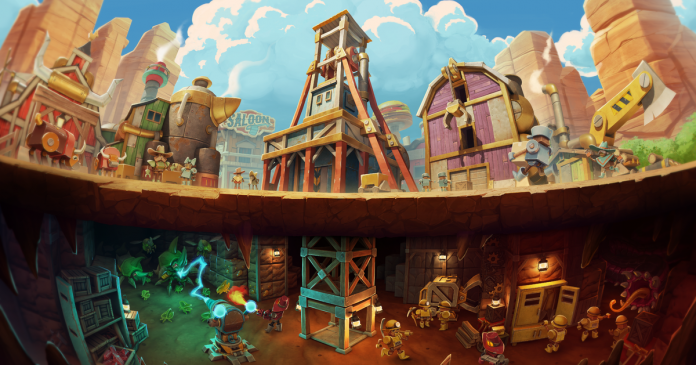 I’ll be honest: when I heard the new SteamWorld game was a sort of city builder, I was a little bit disappointed. I love this series, and I wanted more of the core SteamWorld games. I wanted to venture out and dig deep into the ground, uncovering mysteries and earning upgrades.

That isn’t SteamWorld Build – or at least it isn’t at first. Thunderful’s announced this as a cross between SimCity and Dungeon Keeper. I loaded up the demo build and started to placing worker buildings and connecting them by road. For five minutes I plodded along, thinking: is this SteamWorld? Really?

I should never have doubted. One of the great things about this series is its willingness to mix things up. One minute it’s a sort of crafty Metroidvania. Next minute it’s a turn-based tactics game with a bit of billiards mixed in. Then it’s a card battler. All I needed was ten minutes or so and I realised: SimCity and Dungeon Keeper? In the SteamWorld universe? Yes please.