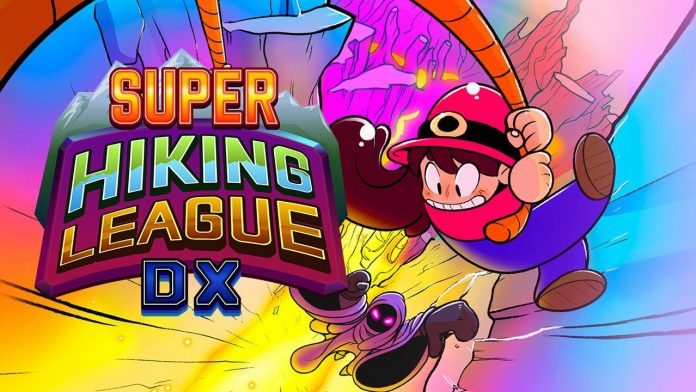 Originally released by the developer on Steam, this DX version coming to consoles has had a visual overhaul; as you can see in the trailer above it uses some nice pixel-based visuals and it’s rocking some 8-bit-inspired music.

In terms of modes you can play against others in local multiplayer, or work through the Arcade mode to unlock more stages; when you’ve really got the technique down you can also race challenging ghosts in time attack. The rope mechanic even has multiple settings – Automatic, Mixed or Advanced, which sounds interesting.

It looks like good fun to us, and the light-hearted story being applied to what is essentially a retro platformer is quite amusing:

An evil wizard is making the mountains disappear as part of his plans to make the world perfectly flat! As a member of the Super Hiking League, you will not allow this to happen. Get in a hiking dispute against other trekkers to collect all the magic gems and end their plans!

Is this one you think you might pick up for 5 bucks?