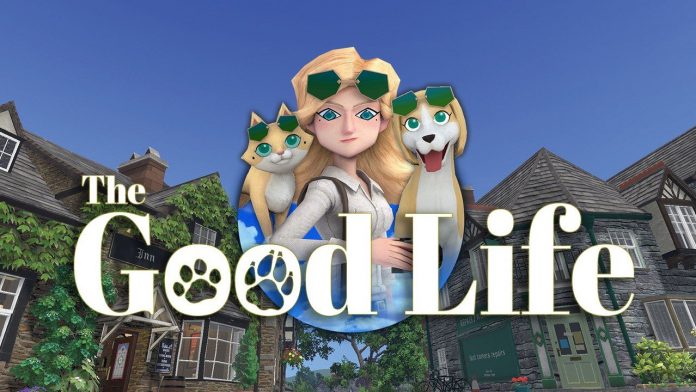 Hidetaka Suehiro, better known as Swery, has a loyal fanbase that adores his off-the-wall titles – Deadly Premonition and Deadly Premonition 2 are among the best known, of course. While the actual game quality can be hit or miss in his releases, his creative and oddball storytelling certainly brings intrigue to each new project. Next up will be The Good Life, which is certainly one to watch.

Following a successful Kickstarter campaign way back in 2019 it was initially planned for PC, then Switch was announced as a platform for a 2020 release. It then slipped to Spring 2021, and now PLAYISM has taken over publishing duties and it has a new target release window of Fall this year. It’s being developed by Swery’s team at White Owl, and also Grounding Inc. – a team ‘led by Yukio Futatsugi, creator of Panzer Dragoon and Phantom Dust’.

As you can see in the trailer above, this ‘debt repayment RPG’ looks rather bonkers – it’s also a murder mystery in which you can transform into a dog or cat; that’s likely only the start of the weirdness.

Are you a big Swery fan that plans to give this a try?