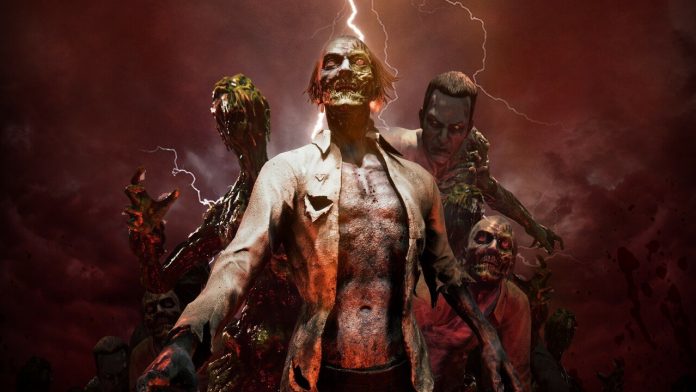 If you’re curious to know how this remake of the 1996/97 arcade hit holds up on the Switch before its arrival, it’s now reportedly been revealed in a recent Fragments of Silicon interview (via The Wiki of the Dead Twitter account).

In terms of frame rate, the game will run at 60fps docked and 30fps in handheld mode, and across both modes, it’ll be displayed in 720p. The Wiki of the Dead also went on to provide some additional information:

-Coming first to Switch, currently testing on 4 different platforms. Likely a Steam release.
-UI has been redesigned.
-Classic Mode (original game with updated graphics).
-Horde Mode (fast-paced, 15 times the number of enemies. Unlockable characters and other things).
-Several control options offered, including JoyCon sticks and gyro controls.
-Remade voice acting, purposely “bad”.
-Music “extremely inspired” by the original, no option to listen to original’s OST.
-The engine is Unity, like Panzer Dragoon: Remake.
-HD Rumble for gun shooting effects.
-For research, the team played the original game via original hardware and emulation.
-No option to play the original HOTD; sources lost and it’s “impossible” to rip assets.
-“Nostalgic Mode” with lower-poly graphics considered if there is enough demand.
-A demo of the remake may be considered if enough people request it on Discord and Twitter.
-The remake team has worked with Sega, but have not really talked to staff at Sega AM1, HOTD’s original developer.
-COVID has not affected production; the team is used to working remotely.
-It was always planned for HOTD 1 + 2 remakes to be released separate.
-The ragdoll physics when killing enemies will not be changed; it is a “critical” feature for some weapons. Boss death animations will be unchanged.
-Crosshairs are different colors for each player.
-Blood color can be changed.
-Unlikely that the game will be at E3.
-Price point may be in $15-20 range.
-The controls were “tricky” to implement, but the remake team is not concerned over any possible backlash.
-The HOTD remake improves daily, and is claimed to be in a better state today than when Panzer Dragoon: Remake was launched.

Are you looking forward to this upcoming release? Leave a comment down below.