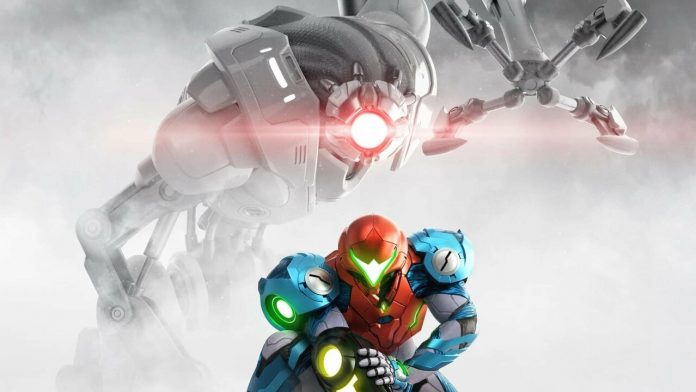 Over the weekend our lovely folk in the video team posted a detailed chat, above, asking a simple but intriguing question — “Why hasn’t the Metroid series traditionally sold well?” It’s a good question, and it feels like one with a lot of varied answers. Let’s summarise a few, before shifting to a fully optimistic outlook on the upcoming Metroid Dread.

The series has a long history, from the NES through to 3DS and — very soon — Switch. Even accounting for the potentially loose nature of some sales data, it’s perhaps unsurprising to see that the original game is the second best-selling entry in the series, The NES boomed and that original game undoubtedly caught the imagination.

The number one best-selling game in the series, it seems, is Metroid Prime, which was a revelation for the franchise but also in gaming at the time. Retro Studios produced a showcase not only for the GameCube, but of 3D gaming technology, coupling it with incredibly atmospheric settings and shifting from the series’ explorative 2D gameplay to the third dimension and a first-person perspective, doing so in a way that made the leap obvious and elementary.

Even taking into account the potential incompleteness of these figures (which can’t account for Virtual Console downloads across multiple generations of Nintendo hardware, for example), the fact that sales figures for the series put the best-seller at below three million is a sure indication that the series has never truly taken off, at least not by Nintendo’s lofty standards. While many devoted Nintendo fans reel off the Metroid name alongside the likes of Mario and The Legend of Zelda, the reality is that the actual sales have never been in the same ballpark. Though some may disagree and argue over examples, Nintendo has also tried various approaches to push the brand — 2D games on console and handheld, the Prime series, attempts to focus on multiplayer. It’s never quite worked on a mainstream level, even when some of the games have been critically acclaimed.

While many devoted Nintendo fans reel off the Metroid name alongside the likes of Mario and The Legend of Zelda, the reality is that the actual sales have never been in the same ball park.

As discussed in the video, it does seem like Nintendo has been both unlucky and a little error-prone with the series. The Prime series is wonderful, but two of the games were on GameCube, a system that struggled to sell; only the Wii U has done worse for the company as a home console. Metroid Prime 3: Corruption was perhaps a surprise in its struggles, though Nintendo then made Metroid Prime Trilogy more of a retail collector’s item so it never had the opportunity to take off; remember, in the Wii era you could not download retail titles, the infrastructure wasn’t in place.

Even more recently, Metroid: Samus Returns is an excellent game that arrived on 3DS after the Switch had been on the market for around six months. Players with a limited budget to buy games would have hesitated about buying a new 3DS title when they wanted to sink their money into either picking up a Switch or growing their library on the new hardware.

You can go through many releases and find various factors that may have held Metroid back, but a key issue is that the IP has never quite found a foothold in Japan. Not only will that be disappointing to the creative teams throughout the series’ history, but it will have influenced Nintendo’s focus on the IP; in fact as a franchise with relatively modest sales it’s had more than its share of games. When you combine awkward release times, development cycle challenges and the fact it’s not a banker in Nintendo’s domestic market, it’s no surprise that support has been uneven.

The hope will be that it can be a breakthrough moment in a similar manner to Fire Emblem: Awakening on 3DS, when a near-abandoned franchise took off and became a staple of Nintendo’s first party output.

Despite all this, though, perhaps Metroid Dread is actually arriving at a good time for a change, and on popular and still lucrative hardware. In fact, as we’ve riffed on in the headline, the hope will be that it can be a breakthrough moment in a similar manner to Fire Emblem: Awakening on 3DS, when a near-abandoned franchise took off and became a staple of Nintendo’s first party output. Perhaps Dread, unlike many of its predecessors, could be lifted to heights that recalibrate Nintendo’s focus, and prioritisation, of the series and its upcoming games, from Metroid Prime 4 and beyond.

Though the E3 Nintendo Direct emphasized it as ‘Metroid 5’, it wouldn’t surprise us if a lot of marketing — particularly that on social media and TV advertising — shies away from that sequel focus. As a gateway to the series, instead, Dread has an opportunity. It’ll arrive on the same day as the Nintendo Switch OLED model (8th October), so will benefit from the increased attention and publicity of that updated hardware. That will be in the beginnings of the frenzied Holiday shopping season, also, and will sit alongside Pokémon Brilliant Diamond and Shining Pearl on shelves through November and December as a very different option as more and more consumers browse Switch titles.

The Switch continues to thrive and sell in significant numbers, and we’ve already seen how that interprets into giving franchises renewed sales growth; perhaps unlike the days of the Wii, as an example, there’s clearly a significant attach rate of Switch owners buying a variety of games, especially anything first-party. Dread will have a new system iteration, early festive sales, even Halloween vibes with that name all in its favour. If Nintendo pushes the boat out and invests in heavy marketing, which would seem likely at this stage, it could become the best-selling Metroid game of all time; that’s not exactly a lofty target, but it could go far beyond what its predecessors achieved in pure sales.

Perhaps, after misfires, bad luck and unfortunate chains of events, the Metroid series will have a true blockbuster hit. If so, a fan-favourite series could finally break through to mainstream sales success. If Fire Emblem can do it, Metroid definitely stands a chance.