ZemaGames
Home Game Releases Talking Point: Five Years On From The Frenzy Of 'NX' Becoming The... 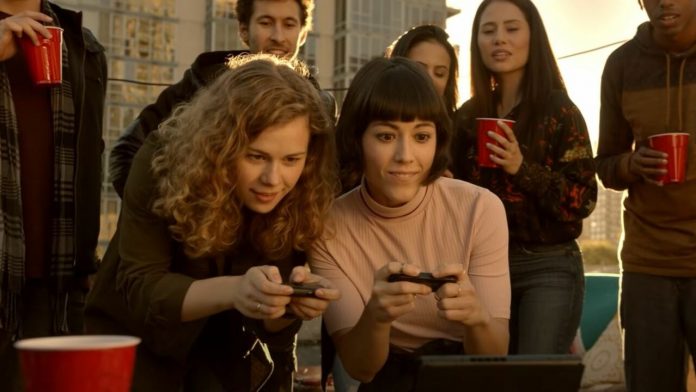 The more things change, the more they stay the same.

This week marked five years (yikes) since the mysterious Nintendo ‘NX’ became the Switch. It was a pretty big deal and, to the relief of Nintendo, it was received well. Let’s be honest, the reaction wasn’t going to be worse than the Wii U E3 reveal, when most follow-up questions were “so is the tablet an add-on for the Wii?”. There’s arguably little doubt that as an initial unveiling and proof of concept, the original video did a rather good job.

The trailer became a bit iconic and meme-worthy. Yes, it had photogenic people in very nice houses doing their best wondrous faces, people casually playing with strangers in airports, the works. It also had the famous rooftop party scene that was parodied and joked about endlessly. Now, I’ve not been to a rooftop party with Switch action going on (we don’t do many rooftop parties in Scotland, to be honest), but I have seen people playing a Switch at a wedding and in a pub or two, so it does happen.