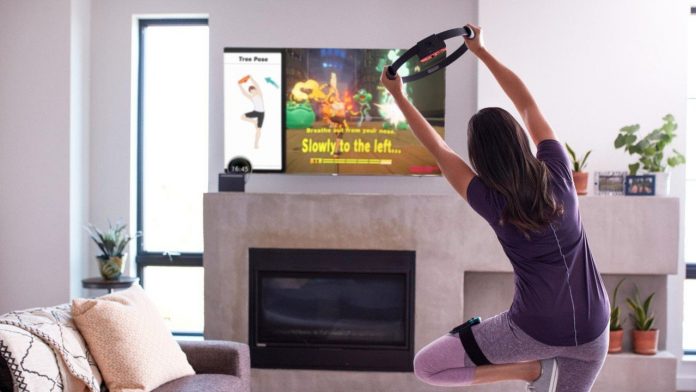 Nintendo is in a particularly strong position in the games industry at present – it’s a hugely popular, talked about brand, and the company is still selling tens of millions of systems each year that – by this stage – will be increasingly inexpensive to produce. When you take relatively old, readily available technology and sell it at a hefty margin, you get staggering profits.

But, of course, you don’t have to go back far to find a time when it was very different for the company. The last generation, in fact, when the 3DS launched so poorly that only a drastic price cut in its first year and some key heavy hitting games helped to turn it around; nevertheless it still didn’t get close to matching its portable predecessor. At the same time there was the Wii U, which also had a disastrous start that was never reversed – unless you want to bring the Virtual Boy into it, that’s Nintendo’s biggest hardware failure as a company.

We bring this up for two reasons – one is that it’s recent history, and it’s worth remembering that Nintendo wasn’t – and won’t always be – all-conquering. Secondly, it would have been unsurprising if Nintendo had been excessively cautious in the Switch era having been burned so recently; yet, actually, it’s not gone that way.

Some aspects of Nintendo’s activities are very cautious, it can be argued – we’ve seen our share of sequels and ports, that’s for sure. Yet when you look over recent years Nintendo has also had a healthy amount of creativity and quirky ambition. Sometimes it’s not resulted in notable sales, but it highlights a culture of innovation and fun that still exists within Nintendo’s walls, which reflects well on senior executives and the upcoming stars of the company.

Some flames have sparked briefly before seemingly being snuffed out due to limited success. Yes, we’re thinking of Nintendo Labo, the quirky cardboard-based construction kits that created all sorts of wacky controllers and minigames. If we were to nit-pick a flaw in strategy it was perhaps there were too many packs over a relatively short period, which were pricey and perhaps distorted the market a little. The first kit did pass one million sales, but it felt like Nintendo rushed out follow-up packs too quickly, reducing any sense of anticipation and making the endeavour feel very expensive.

Some of the constructions were delights, however, such as a wheel that could be used in Mario Kart 8 Deluxe or a piano that actually worked. The VR pack was also fascinating, albeit the basic technology was always going to have a limited impact.

Yet one legacy of Labo VR, in particular, is Game Builder Garage, an extended spin-off from the pack’s software. Game Builder Garage is still quite new on the market and we’ll see how its sales work out, but at the very least it’s an interesting and effective toolset that allows pretty much anyone to make and then share games. Some of the creativity we’ve seen from users of the software is outstanding, with eager budding programmers producing homages to classics and all-new clever games.

Mario Kart Live: Home Circuit was another off-the-wall release – for many the reveal would have triggered the following reaction: “ooh, Mario Kart! Oh, it’s… got little toy cars”. With a relatively high price and the inherent restrictions of the format (the need for space and being bothered with the setup) it was an interesting toy that didn’t take off with headline-generating sales, but in Nintendo’s financial results it did hit 1.27 million global sales up to the end of March. This is well below the outrageous 10.62 million sales of the evergreen Mario Kart 8 Deluxe in the last financial year, but as a relatively pricey toy product it’s still not bad. Products like that, even if they aren’t among Nintendo’s best-sellers, all contribute to ongoing brand awareness.

A quirky project that did truly take off, no doubt helped by the unique circumstances of 2020, was Ring Fit Adventure. Let’s be accurate about how strange this product is – it’s a relatively standard Yoga Ring with a Joy-Con attachment, along with a leg strap. What sells it, of course, is that a Yoga Ring alone is rather dull and meaningless without some kind of exercise group, lessons or yoga knowledge. Ring Fit Adventure blends that simple accessory with other activities (helped by that leg strap + Joy-Con) and a colourful, entertaining set of minigames and even a story mode. It’s classic Nintendo – take simple, off-the-shelf items and transform them through software and hardware.

Ring Fit Adventure’s total sales, helped along by 7.38 million units in the last financial year, were 10.11 million as of 31st March.

It’s also pleasing that Nintendo is keeping a focus on new franchises moving forward, even as it revisits the past to keep fans happy with the likes of Metroid Dread and Advance Wars 1+2: Re-Boot Camp. Nintendo is being vocal in saying it’s always seeking new ideas that can be ‘staple series’ of the future. ARMS may not have achieved that in recent times, but let’s not forget that Splatoon overcame the Wii U’s struggles to become a big brand.

The good news is that the success of Ring Fit Adventure, and even the modest return of Mario Kart Live: Home Circuit, should ensure that Nintendo the toy company continues in earnest. And while Nintendo Labo came and left all too soon, for some of us that jumped in it it’s been a memorable part of this generation. These sorts of projects matter, too, because they’re typical Nintendo, something different from what’s on offer elsewhere.

That’s a unique selling point, which is great news for Nintendo’s shareholders, ultimately. More importantly, it should mean that the company’s creative teams can continue to shine.