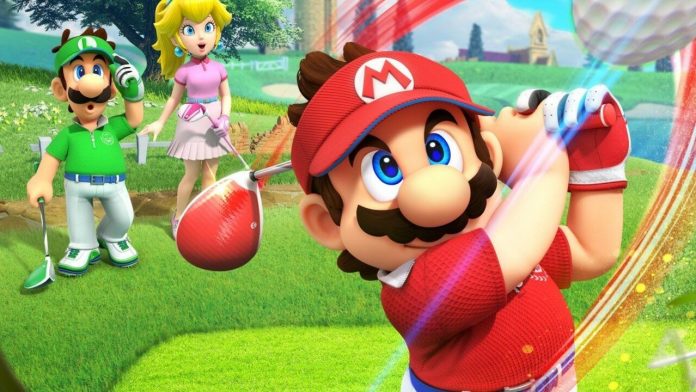 Another week, another addition to the Nintendo Switch family. Yes, we all got a little post-E3 surprise drop (surprise might be a bit generous, to be honest) in the form of the Switch OLED announcement. It elicited a variety reactions from existing Switch owners and Nintendo fans, although none so passionate as the response to PokéGymDad who plays his Switch in the hallway, it seems. Oh, and Donkey Kong turned 40, too. Good week.

It’s now time to unwind a little and discuss our weekend gaming plans. A few members of the Nintendo Life team have done just that below, so feel free to give our entries a read and then join in with your own via our comment section. Enjoy!

After a super-busy couple of weeks moving house, I hope to finally get back to enjoying a game or two this weekend (albeit surrounded by boxes, bags, and all sorts of rubbish littering the floor), and for me, that means it’s finally time to check out Mario Golf: Super Rush.

I picked it up at launch but just haven’t had the chance to get stuck in; I booted it up for the first time last night to discover that epic opening cutscene, and I’ve played through some of the practice tasks in the adventure mode. Hopefully, once the weekend’s all wrapped up, I’ll have mastered some of the early holes and helped good ol’ Yoshi to a well-earned victory or two. Speed Golf’s certainly on the agenda!

This weekend I’m planning to jump back into Sky: Children of the Light, as I’m interested to see what the game as done in its tie-in with The Little Prince. Beyond that I should really get back into Monster Hunter Rise to access some of the newer content, I’ve been too busy to play it!

Outside of Switch I’ll be playing the enhanced edition of A Plague Tale: Innocence; it’s a game I beat before but I’m a huge fan of it and have enjoyed the first few chapters of this playthrough.

Adulting and JRPGs do not play well together, so it’s a bit overwhelming to have both Monster Hunter Stories 2 and Ys IX: Monstrum Nox releasing on the very same day but I will surely make due. Being a Suda51 fan I am happy at last to give The Silver Case 2425 a go. Add a few eShop wonders to the mix like Song For A Hero: Definitive Edition plus Treachery in Beatdown City and Summer 2021 is certainly shaping up nicely.

Game of the week is Out of Line and not just because it was made in my country. It is a game that just gets everything so perfectly balanced, I look forward to completing it. Go check it out!

This weekend, I’ll be chugging my way through the big pile of visual novels I have to review! I’m having a lot of fun, so don’t feel too sorry for me. Also, I just bought No Man’s Sky to play with my chums, so I’m getting in on a trend five years too late…

Since Dread was announced I’ve made it my goal to play through every single Metroid game again. I’ve already finished the original, 2, Super, Fusion and the remakes and now it’s time for Prime! Going to play the entire Trilogy on Wii and I’m pretty eager to get to Prime 2, I’ve only ever played through it once.

But if I get Metroid fatigue there’s something very different to play; Doki Doki Literature Club… I know absolutely nothing about this game other than there being some kind of twist. Maybe it was all a dream like Doki Doki Panic, I dunno.

I recently picked up a New 2DS XL, and this weekend I intend on spending some time with the new hardware. Believe it or not, this is the first time I’ve bought an additional 3DS; I’ve been using the Aqua unit I bought at midnight on launch day for the last ten years.

I’ll be working on my playthroughs of Bravely Default and Fire Emblem Echoes, and maybe some Shin Megami Tensei IV if I feel like it. Aside from that, I may well boot up Ys IX on my Switch, though I want to hold off on playing that one until the promised performance patch comes through.

I’ve played plenty of Metroid games, but up until a few weeks ago, I had never actually finished any! So with Metroid Dread on the horizon, I’ve been making an effort to right the wrongs of my past self and see some of them through from the beginning. I completed Zero Mission last month and am now at what I’m assuming is the tail end of Samus Returns on 3DS. I have 4 Metroid left on my scanner and hopefully I can find a few hours to knock them down this weekend.

I also played through and adapted Kate’s review of Doki Doki Literature Club Plus! for our YouTube channel and haven’t stopped thinking about the game since. There are a few moments that had me in complete disbelief, and I won’t spoil those parts for anyone unaware. I’ve yet to play the side stories that are included with the Plus! version though. I’ve heard they’re short and sweet, so it should make for a nice breath of fresh air, hopefully.

As always, thanks for reading! Make sure to leave us a comment below with your gaming choices over the next few days…