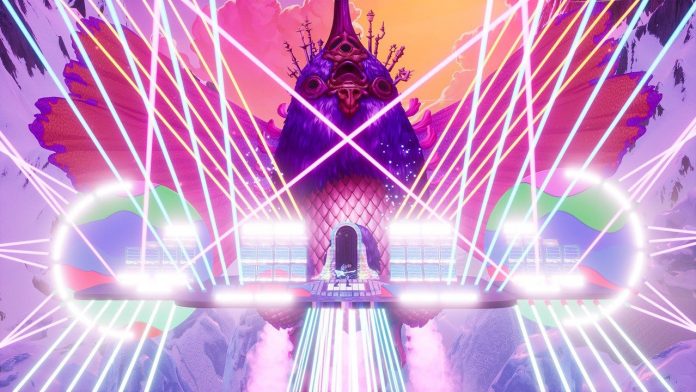 “A ride across the dilated pupils of the cosmos”.

The Artful Escape is a title that won plenty of critical acclaim last year when it arrived on PC and Xbox, and the very pleasing news is that it arrives on Switch next week – on 25th January.

As you can see in the trailer it’s a hugely colourful, dynamic game – you play as a folk singer with aspirations and a passion to be an epic rock star. The story that follows is bonkers, surreal and certainly full of surprises.