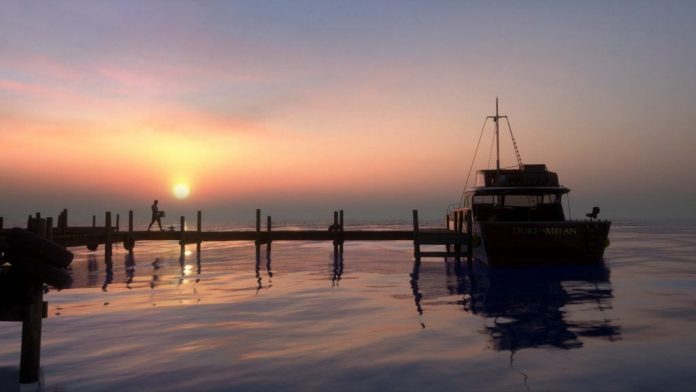 The Dark Pictures: Man of Medan is a solid beginning to what I hope becomes a memorable selection of virtual horror outings. The setting here didn’t do much for me if I’m perfectly honest, but the memorable characters, razor sharp pacing and well-placed scares make it excellent fun with a few friends by your side.

Until Dawn is one of this generation’s most influential sleeper hits. Beginning its life as an ambitious PlayStation Move title, it evolved into a visually captivating survival horror experience that subverted expectations in the most wonderful of ways.

The Dark Pictures is the next evolutionary step for developers Supermassive Games, building upon its suspenseful chops with a collection of horror adventures that will presumably jump between ghosts, aliens and axe murderers alike to spook players into submission.

Man of Medan is the first chapter in this new venture, taking players on a brief yet enjoyable journey aboard a haunted ship where nothing is as it seems. While it doesn’t boast the budget or creativity of Until Dawn, it remains a solid outing in its own right that’s an absolute blast with a friend by your side.

Man of Medan kicks off with what seems like a perfect holiday but slowly descending into madness. Get ready for spooks

Man of Medan has all of the tropes and archetypes you’d expect from a conventional horror film. A bunch of precocious young adults have hired a boat to drink, hang out and hunt for some buried treasure they’ve heard ample rumours about. There’s romance, awkward sibling rivalries and a douchy idiot (played by Quantum Break’s Shawn Ashmore) hoping to get into the captain’s pants.

However, nothing is as it seems, and that much becomes clear with an opening chapter taking place in the shadow of World War 2. American soldiers are transporting some goods across the French Peninsula, performing what should be a routine mission of managing cargo. However, a supernatural force has infested the vessel, causing soldiers to have hallucinations and inevitably slaughter one another in the panic. It’s an unsettling opener, setting the stage perfectly for what’s to come.

After escaping from the tortuous introduction, things take a turn for the lighthearted as our collection of main characters board the yacht that could be their doom. With beers, or ‘brewskies’ as they like to call them, in hand, it’s time for a good time. On first impression they’re a bunch of irredeemable reprobates with only a couple of exceptions.

Brad, the younger sibling of another character, is worried about bringing the group down with his inexperience in both diving and drinking. This creates an immediate bedrock of sympathy, and I came to care for most of the other faces in a similar manner as the story progressed, despite the mountain of stupid decisions being made despite my input. 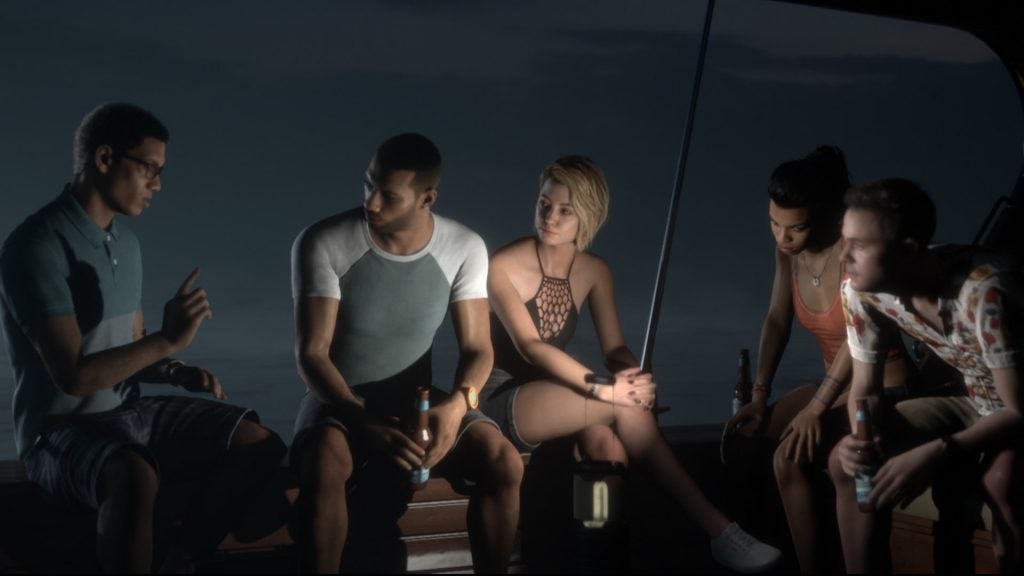 I won’t spoil anymore of the narrative here, beyond the fact that it feels like it’s over a little too quickly, although mileage will vary depending on which characters live and die throughout the story. For example, I accidentally caused the murder of a headlining personality in the early hours, missing out on everything he would’ve offered in the events to come.

If you mess up and get someone killed, decisions stick. You either restart the entire game or play until the end, and I respect Man of Medan for that. Actions have consequences in a way that felt genuinely devastating. Each quick-time event was a potential death sentence if you succumbed to sweaty palms or lapsed reflexes. You’ll find paintings throughout the world known as ‘Premonitions’ which provide a glimpse into the future, offering a chance to avoid a grisly fate.

Those who played Until Dawn will feel immediately accustomed to Man of Medan. It plays exactly like the PS4 exclusive, right down to its clunky movement and spur of the moment decision making, which can completely transform the narrative. Given much of the tale takes place on an abandoned ship, you’ll have to maneuver through cramped, rusty corridors – a scenario that isn’t fit for the robotic controls.

It simply doesn’t feel good, and inconsistent performance on Xbox One X meant I feared messing up quick-time events with mistakes that were no fault of my own. Textures popping in all over the place and inconsistent visual fidelity were noticeable, with the friend I was playing with pointing them out in embarrassment. Compared to Until Dawn this feels like a step back, perhaps evidence of it no longer being a platform exclusive. 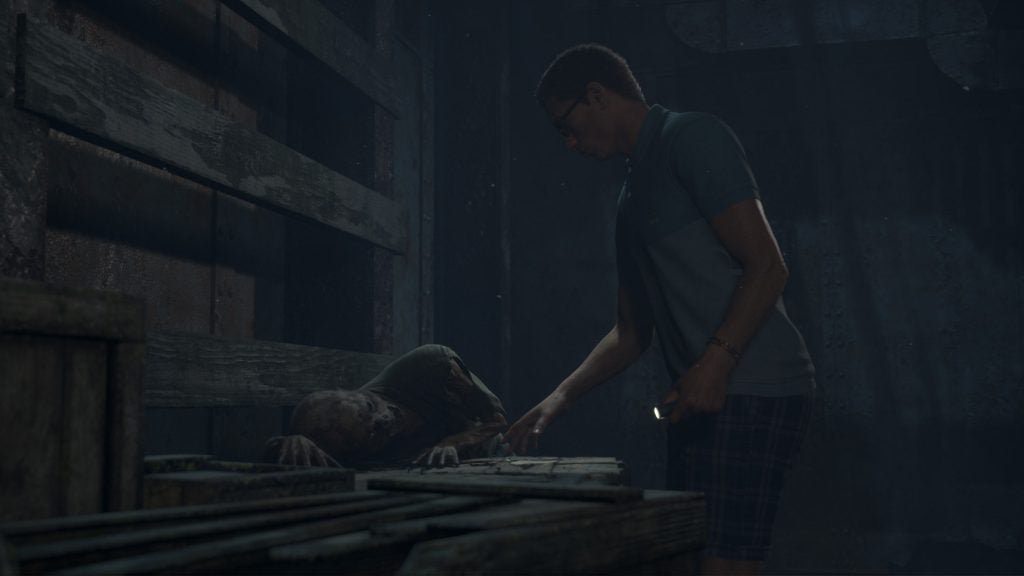 Outside of performance niggles, Man of Medan is a terrifyingly good time, especially with a friend in the newly introduced ‘Movie Night’ mode. This local multiplayer option allows you and up to five friends to select characters to play as, passing the controller when the time comes to play. It’s delightful, and only serves to emphasis your investment in each of the poor souls. Supermassive Games has created a slick package that I can’t wait to see evolve in The Dark Anthology, providing me and my flatmates an excuse to gather round the television.

Decisions made throughout the campaign either come from the brain or the heart, difference indicated by symbols beside each dialogue choice. I was essentially picking between the logical option or the personal one. For example, fearing for my own safety and escaping amidst the certain death of someone else is the safest option, but emotional attachment might get the better of some, causing them to look before leaping into their eventual doom. I wanted everyone to live regardless of the circumstances, and almost succeeded by going with my weak, frail heart.

This means Man of Medan has plentiful replay value for completionists, or narrative hungry players who love to delve into every nook and cranny of a story. Having to play through lengthy scenes, simply waiting to make a decision, can be tiresome though, and a fast-forward option of sorts built into the experience could work wonders if done correctly. For now, I hope you like a glacial build-up followed by the occasional button prompt. Man of Medan would benefit from being more kinetic in its movement, especially with similar titles like Detroit: Become Human proving what the genre is capable of despite its mediocre writing. 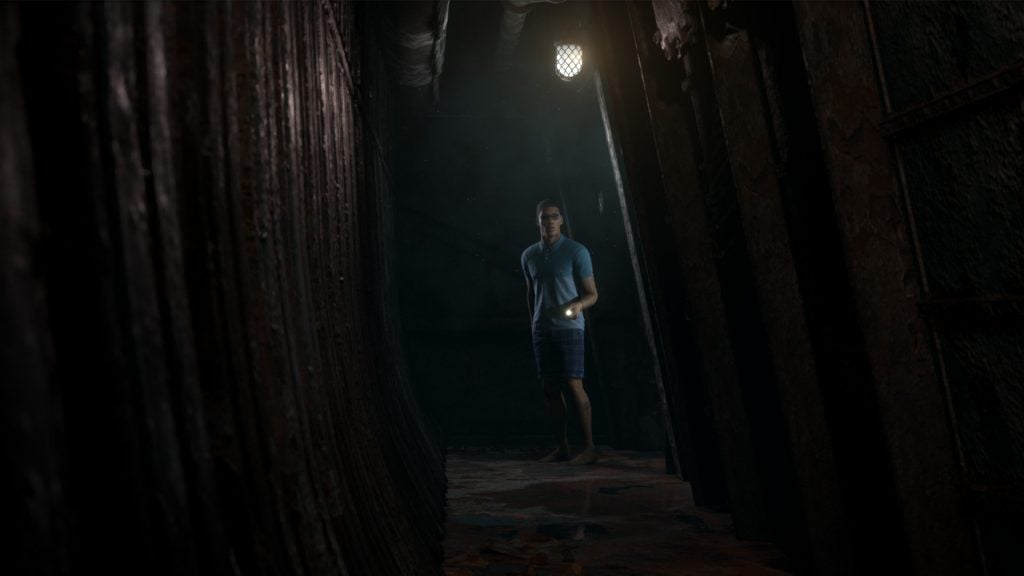 Whatever you do, DO NOT go down that corridor!

The Dark Pictures Anthology: Man of Medan is a solid beginning to what I hope becomes a memorable selection of virtual horror outings. The setting here didn’t do much for me if I’m perfectly honest, but the memorable characters, razor sharp pacing and well-placed scares make it excellent fun with a few friends by your side.

Sadly, the technical issues are harder to ignore when performance issues and visual blemishes emerge even on Xbox One X. This could improve with a patch, but proved an undeniable distraction during my review playthrough. That said, I’m ready to dive in to determine the fate of these characters once again.