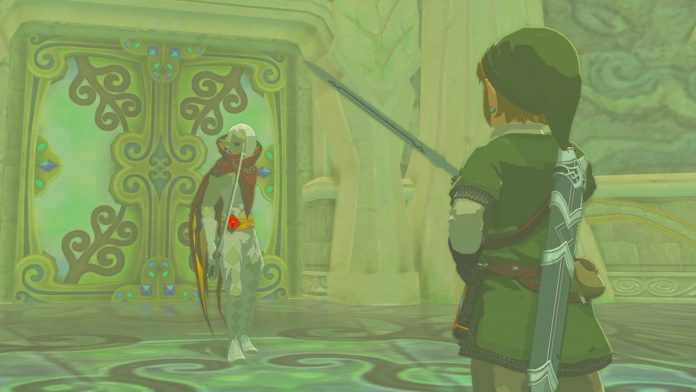 The Zelda modder Waikuteru is at it again – this time announcing a brand new expansion for Breath of the Wild.

It’s titled ‘The Lost Records’ and tells the story of Link’s original adventure in the timeline by transporting him back to the Skyview Temple in The Legend of Zelda: Skyward Sword. It’s all very timely considering the release of the HD version on Switch is just a few weeks away.

As shown in the trailer above, there are all sorts of additions such as classic vines and chests, new enemies and even the Demon Lord Ghirahim makes an appearance. It’ll be made publically available on 14th July – just a few days out from Skyward Sword HD’s release.

Here’s a description, along with a full showcase:

The player loads the game and an unfamiliar voice prompts Link to go to the Spring of Power to look for a book. Once there, the player interacts with the “Lost Records” book and a sequence is started (from 03:02 in the video). Link remembers the earlier adventure and the player is finding himself in the Skyview Temple – immediately with suitable armor, sword and two apples (from 04:07). A new quest starts and the search for Zelda begins; Fi makes it clear to the player that she should be at the Skyview Spring.

The player will be able to find new objects from Skyward Sword such as the normal, small and the boss chest(s). There are also new opponent alternatives such as a Lizalfos (from 13:20), which is immune to bomb damage and electrical attacks, but it receives more damage from spears. Or the strong Lynel (from 21:40), which is immune to headshots and bomb damage, and runs faster. However, it cannot withstand electricity and becomes paralyzed.

The player arrives in the boss room where Thunderblight Ganon is already waiting (from 28:08). As soon as Thunderblight Ganon has been defeated, and the player wants to go on to the Skyview Spring, the door that has just been opened closes again and Ghirahim laughs wickedly (from 32:39). The highlight in this expansion is probably the boss – Dark Lord Ghirahim from Skyward Sword. There is a first, slow phase (from 33:18), and a second, quick and critical phase in which Ghirahim makes doubles appear (from 34:46). As soon as Link has defeated all doubles and the real Ghirahim, the final door opens and Link continues towards the Skyview Spring where Zelda is still located. Link manages and saves Zelda (38:10).

Waikuteru is the same Zelda modder who earlier this year released “Second Wind” – a free large-scale DLC expansion mod for Breath of the Wild. You can read more about this in our previous post.

What do you think of this new Skyward Sword-themed mod for Breath of the Wild? Leave a comment down below.