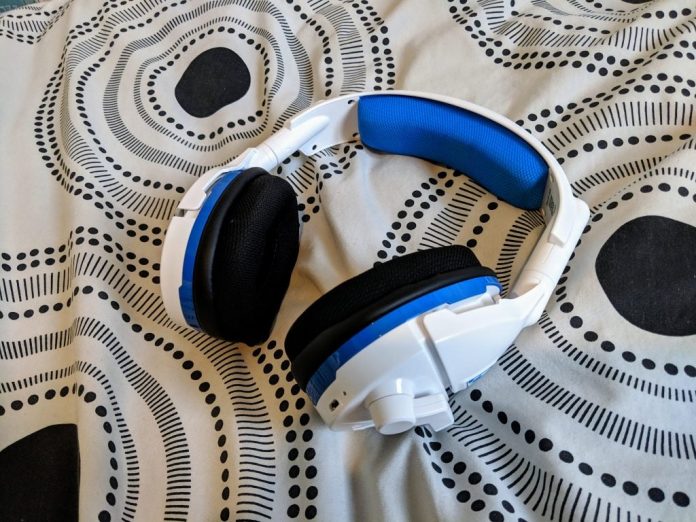 The Turtle Beach Stealth 600 are an impressive pair of gaming headphones for the price with a handful of great features, but they aren’t without issue.

What is the Turtle Beach Stealth 600?

Turtle Beach has long been known for offering decent-quality devices at a price that rarely breaks the bank, and that trend continues with the Turtle Beach Stealth 600. Questionable build quality aside, this is a welcome headset for console gamers.

This polar white headset, designed specifically for the PS4, is a robust wireless beast, although it can sometimes feel a little too cheap in the aesthetic department to justify the £89.99 asking price. Sitting somewhere between the Stealth 300 and 700 in terms of price and quality, Turtle Beach has crafted a satisfactory follow-up that comes out swinging despite a few notable stumbles.

Sporting a colourful design, the Turtle Beach Stealth 600 is sadly let down by a cheap plastic shell

The Stealth 600 are immediately striking, boasting a white design reminiscent of something you’d see pilots wearing in a mecha anime. From a visual perspective they look great, avoiding the descent into garish, over-produced gimmicks to which many gaming peripherals fall victim.

A domination of white is complemented by splashes of blue alongside the ear cups and headrest, deliberately playing into the PlayStation branding. If you pick up the Xbox Variant, it’s replaced with a bright, venom-esque green. It works a treat, and stands out amidst a gaming landscape where many headsets rely on a generic, black look that seldom leaves an impression.

Sadly, it isn’t all perfect. Move beyond the base aesthetic and you’ll be exposed to a cheap-feeling plastic shell that feels inexpensive and fragile in the hand. For a sub-£100 peripheral it’s easy to forgive, but harsh protruding edges do have an impact on comfort.

Despite lacking a premium feel, the Stealth 600’s design is fittingly intuitive. Scrollwheels for the volume and microphone levels can be found on the left cup, positioned in such a way that you can easily make use of it without removing the headset. You’ll need to train your fingers to recognise them, but this took me no time at all.

Being a wireless headset, you connect the Stealth 600 to your console or PC using a USB dongle. Once plugged in it detected the headset in seconds, connecting and disconnecting with relative ease. Audio cues will inform you of low battery, so you know right away when the 15-hour duration of juice is almost up. 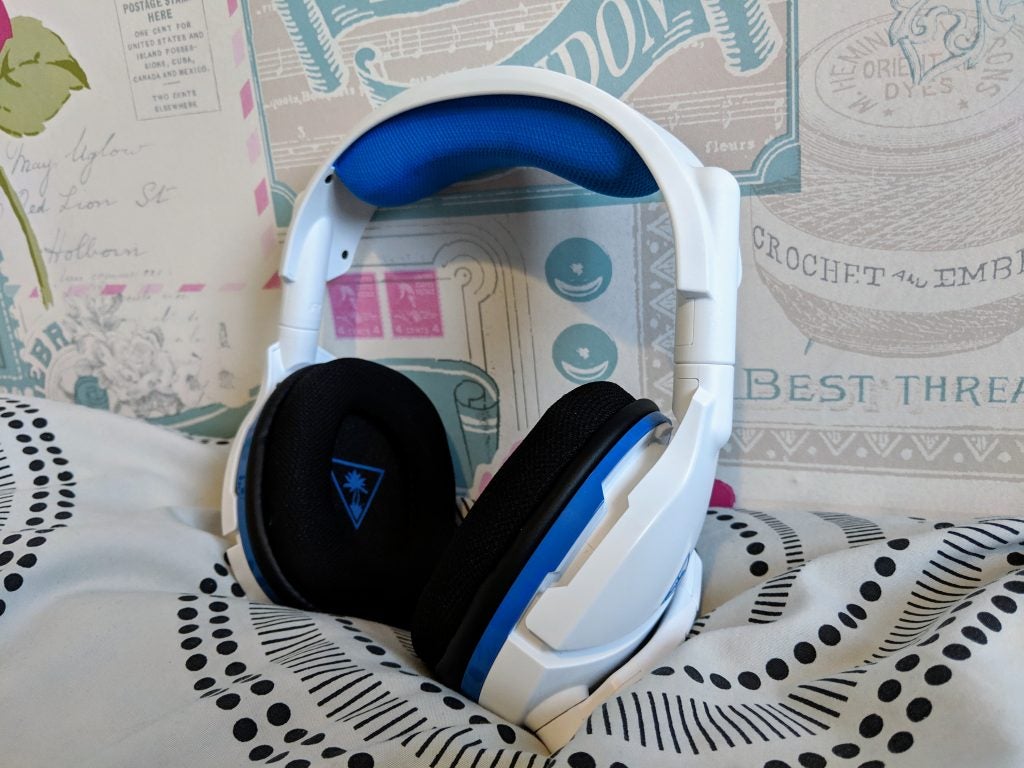 In terms of audio performance, the Stealth 600 packs a hefty punch despite the £90 price

On the same side you’ll find the foldable microphone, which is stored on the ear-cup itself until you decide to pull it down and chat with your friends. Being able to move this out of the way when convenient continues to be a treat with the Turtle Beach headset.

You’ll be met with a charming sound cue once the microphone is switched off and vice-versa, with audio levels controlled by the aforementioned scrollwheels. The headset’s power button is found right below the microphone alongside a mode button.

The latter allows you to switch between four distinct modes: Bass Boost, Signature Sound, Bass and Treble Boost, and Vocal Boost. We’ll get into those in greater detail a little later. Yes, the plastic materials make the Stealth 600 feel cheap, but they don’t skimp on comfort. The headrest is equipped with a soft foam cushion that rests against your head.

Stealth 600’s ear cups don’t offer much resistance, meaning it simply rests on your head instead of feeling like a natural fit. That being said, they’re hardly a hindrance to wear for extended hours. It’s unfortunate that beyond a likeable colour scheme the overall design is so inconsistent. 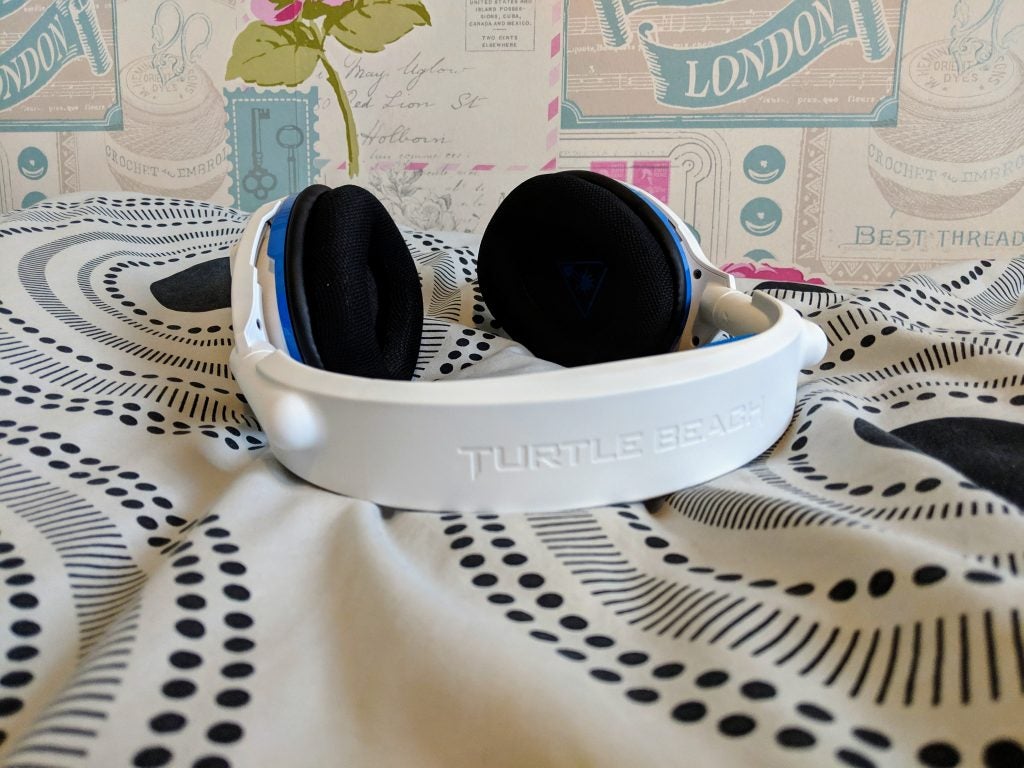 The Stealth 600’s audio performance is competent, sporting a variety of different soundscapes that fit well with many gaming experiences. My primary case study was Days Gone, a post-apocalyptic zombie adventure that veers between vast open spaces and claustrophobic tunnels filled with bloodthirsty monsters. For a headset with multiple audio profiles, they proved ideal.

The game’s protagonist often mutters to himself while exploring, pointing out nearby objectives and potential enemies; sounds that really came alive in Vocal Boost. On the flip-side, Bass and Treble Boost enhanced the roar of my motorcycle across the open-world; it was made even louder as hordes of undead creatures sprinted towards me.

Virtual surround sound in the Stealth 600 is super-impressive, mimicking the weight of a far more substantial setup. The roar of gunfights are amplified as bullets and explosions engulf the soundscape, even if myriad sounds together can result in some tones being noticeably muffled. But for the price, it’s still pretty good.

The Stealth 600’s 50mm audio drivers produce satisfactory audio outside of virtual surround sound and the other varied modes, all of which I’d recommend experimenting with until you find a profile that fits your tastes. It’s a shame there isn’t a more granular form of customisation through an external application, but having these options for a £90 headset is cool in itself. 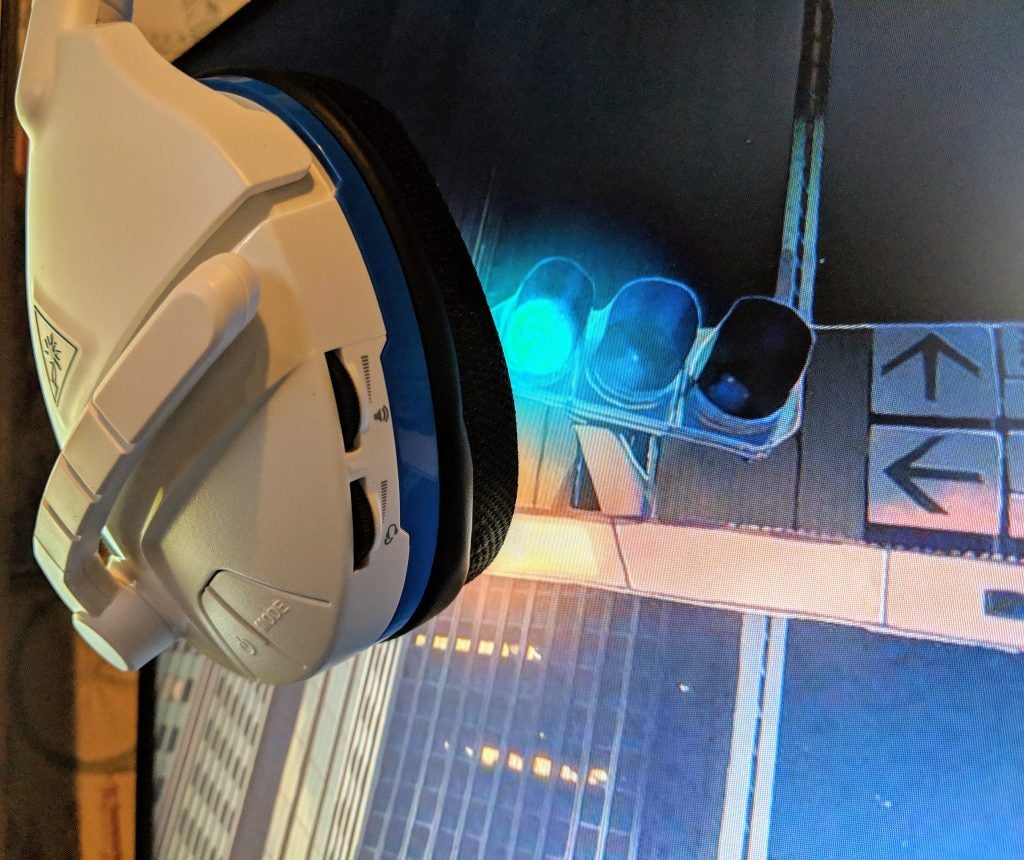 Why buy the Turtle Beach Stealth 600?

There’s plenty of competition in the price range the Turtle Beach Stealth 600 inhabits, which inadvertently puts many of they’re weaker elements under the microscope. The cheap, plastic design leads to noticeable issues with comfort, with the foam headrest being a saving grace.

From an audio perspective this headset manages to impress, presenting a variety of competent audio profiles that fit a variety of different gaming scenarios. Combine that with the ability to play on both PC and a variety of consoles, and the Stealth 600 have an edge that makes them a worthwhile recommendation.

The Turtle Beach Stealth 600 are an impressive pair of gaming headphones for the price with a handful of great features, but they aren’t without issue.