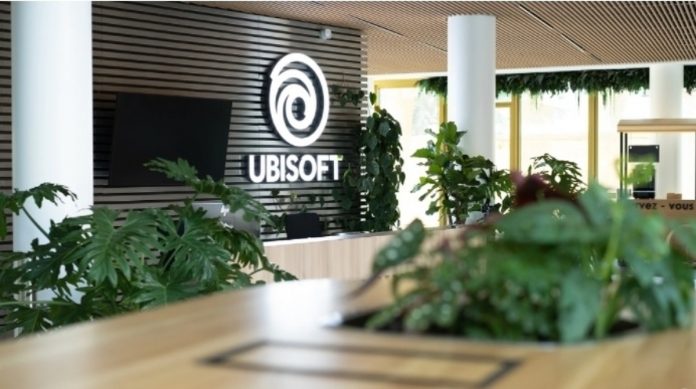 “It’s exhausting, frustrating and it’s counter to the messaging they give us.” That was the reaction of one Ubisoft developer to CEO Yves Guillemot’s email to staff last night.

On Wednesday, nearly 500 current and former Ubisoft employees (we understand this figure is now over 1000) across 32 studios, signed an open letter in solidarity with Activision Blizzard staff following a recent lawsuit that called the World of Warcraft and Overwatch studio “a breeding ground for harassment and discrimination against women”.

The letter slammed Ubisoft leadership’s “empty promises” in response to allegations of “systemic discrimination, harassment and bullying” within the company, and proposed an industry wide collaboration to agree a set of “rules and processes for handling reports of these offences”.

As the letter noted, Ubisoft became embroiled in its own disturbing reckoning last summer when employees began calling out toxic work conditions within the company, including allegations of serious sexual misconduct aimed at members of senior management.

Yet despite Guillemot’s assurances he would “do everything in [his] power to ensure that everyone… feels welcomed, respected, and safe”, the open letter said little had changed.

Last night, as tweeted by Axios Gaming’s Stephen Totilo, Guillemot emailed all Ubisoft employees about the open letter, saying: “We have heard clearly from this letter that not everyone is confident in the processes that have been put in place to manage misconduct reports.”

“We have made important progress over the past year,” Guillemot continues in the email, before highlighting listening sessions, a company-wide survey and a global audit, among other initiatives.

“We have heard clearly from this letter that not everyone is confident in the processes that have been put in place to manage misconduct reports” pic.twitter.com/P6T22vS5cL

Speaking to Eurogamer this morning, a current Ubisoft developer issued a “final response” to Guillemot’s email, saying “the majority of our demands were sidelined and few of our points have been addressed”.

“Ubisoft continues to protect and promote known offenders and their allies. We see management continuing to avoid this issue,” the response reads.

“Stop promoting, and moving known offenders from studio to studio, team to team with no repercussions. This cycle needs to stop.”

“We want a collective seat at the table, to have a meaningful say in how Ubisoft as a company moves forward from here.”

“Cross-industry collaboration, to agree to a set of ground rules and processes that all studios should can use to handle these offences in the future – this collaboration must heavily involve employees in non-management positions and union representatives by being the first to start this collaboration Ubisoft has the opportunity to be at the forefront of creating a better future for the games industry. We demand that this work be done in collaboration with employees at all levels.”

The response ends by calling for “real, fundamental change within Ubisoft and across the industry, for the sake of our members”.

“Again, we look forward to a response that addresses all the issues raised and properly acknowledges our demands.”

In May, Guillemot released a lengthy statement meant to lay out the progress he said Ubisoft had made since last summer’s devastating reports of sexual harassment and toxic working environments within various teams across the business.

The post, published to Ubisoft’s blog, came in the wake of a French report in Le Télégramme that claimed the company had made only minimal changes.

Last summer, a cascade of reports detailing sexual assault and harassment was made by numerous employees across the business, with shocking allegations made, including of several senior employees. A wave of resignations and firings followed – some public, others not.

After weeks of devastating headlines, Guillemot himself came under fire, with questions asked about exactly how much he had known. In an extraordinary Q&A with investors, Guillemot responded by saying that “certain individuals betrayed the trust I placed in them” but that he himself had “never compromised on my core values and ethics and never will”.

Speaking to Eurogamer, one of the organisers of the Ubisoft open letter said that while major restructuring has gone on internally, “it’s hypocritical of management to say that they’re working on it while still harboring, protecting, permitting, and shuffling around known toxic and abusive people to other positions of power.”

“Morale and trust is low,” they said.

Another former Ubisoft developer took to social media to say Guillemot’s response “boils my f***ing blood”. “All Ubisoft managed to do last year was make performative changes and constantly threaten to push us back into the office at the height of the pandemic,” they said. “Yves, fire the abusers, facilitate unionisation and once all of that is done, resign.”