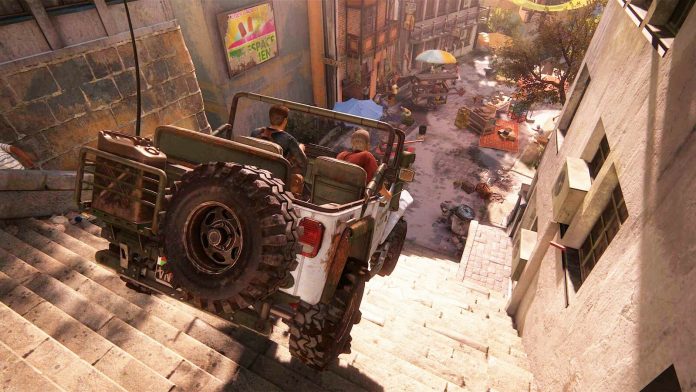 Uncharted 4: A Thief’s End’s Madagascan jeep chase almost featured a stunt made famous during Sean Connery’s sixth outing as James Bond (I mean, why not, Drake does look pretty sharp in a dinner jacket after all).

The stunt in question comes from the 1971 film Diamonds are Forever, where Sean Connery’s Bond tips his vehicle onto two wheels to get through a tight gap (something those in pursuit are, of course, unable to pull off).

“We actually prototyped doing that [during A Thief’s End’s jeep chase],” Uncharted 4’s co-lead designer Kurt Margenau reflected during a recent chat with Couch Soup. However, as those who have played the game will know, this idea did not ultimately make the final cut.