ZemaGames
Home Game Releases Yep, The Wii U Gets A New Game In July 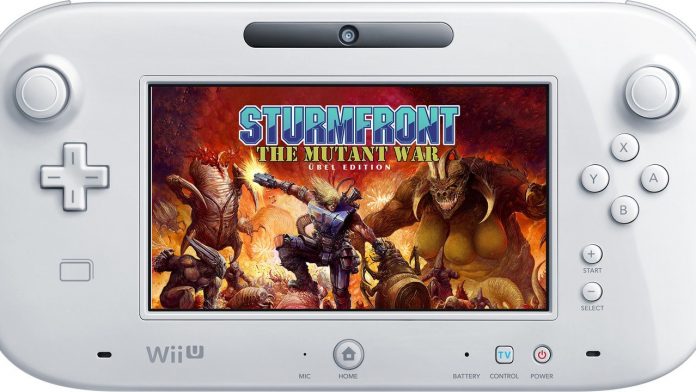 SturmFront – The Mutant War: Übel Edition came out on Nintendo Switch earlier in Spring, but publisher Red Art Games and developer Andrade Games certainly got some attention by confirming there’d be a Wii U eShop release. It was originally planned for May, but after a delay it now has a final release date of 2nd July; it’ll cost €9.99 / $9.99 / £8.99.

As you can see in the trailer for the Switch release, below, it’s a top-down twin-stick shooter with a lot of explosions. If you combine DOOM, Wolfenstein and top-down Contra levels, then put them through an Indie blender, this would be pretty close to what you’d get.

Of course the Wii U eShop has had a mini-revival recently courtesy of the E3 reveal of Metroid Dread. As the official ‘Metroid 5’, Wii U owners have been snapping up Metroid: Zero Mission and Metroid Fusion to catch up on the series; Switch has the option to catch up on the original NES Metroid and SNES classic Super Metroid via Nintendo Switch Online, while 3DS is also home to Metroid II: Return of Samus and its recent remake Metroid: Samus Returns. Can SturmFront topple the classics on the Wii U chart in early July? We’ll patiently wait for the system’s eShop to load and find out in a few weeks.