ZemaGames
Home Game Releases Zelda: Breath Of The Wild 2: Everything We Know So Far 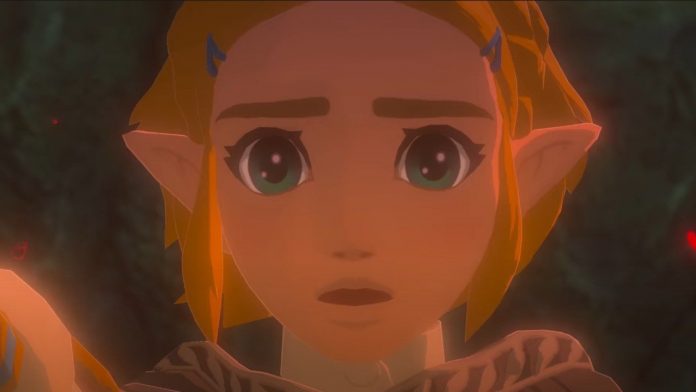 Polishing off the last few shrines and giving Calamity Ganon what-for in the final battle of The Legend of Zelda: Breath of the Wild was a bittersweet act. After such a wonderful, rich journey it was time to bid farewell to Link, Zelda and the largest, most expansive iteration of Hyrule we’d ever visited – what were we going to do with ourselves?

Of course, we returned to devour the DLC and burn across the kingdom on our motorcycle while vacuuming up several hundred Korok seeds, but then began the wait for the next ‘proper’ Zelda game. Sure, in the intervening time we’ve had Cadence of Hyrule, the Link’s Awakening remake, and Hyrule Warriors: Age Of Calamity, and there are plenty of Zelda-like games available for Switch, but there’s nothing quite like a full-fat Zelda experience.

We already knew that a direct sequel to Breath of the Wild is in development, after Nintendo revealed it during their E3 2019 Direct presentation. But E3 2020 was cancelled, so we only just got another peek at the game in Nintendo’s E3 2021 Direct presentation… and that means we can expand on our theories even more.

So, grab that Master Sword and let’s get lost (in the woods)…

We begin with more of that pink-and-red smoke that foreshadows evil, just as the pinky-purple goo in Breath of the Wild represented evil, or “Malice” as it was known in the game.

In a sudden, split-second animation, we see Link’s arm (and yes, it’s definitely Link from BOTW; we see his face and he’s wearing the Champion’s Tunic) being eaten by that same pink goo.

Gross, desiccated Ganon(dorf) then roars, very clearly awake this time — as opposed to the 2019 trailer, where he just opens his eyes — and the Malice tendrils keep growing, and reaching further out… to what, though?

Our Zelda falls backwards into a pit, looking a little distressed but mostly a bit annoyed, and bits of crumbled rock fall with her. 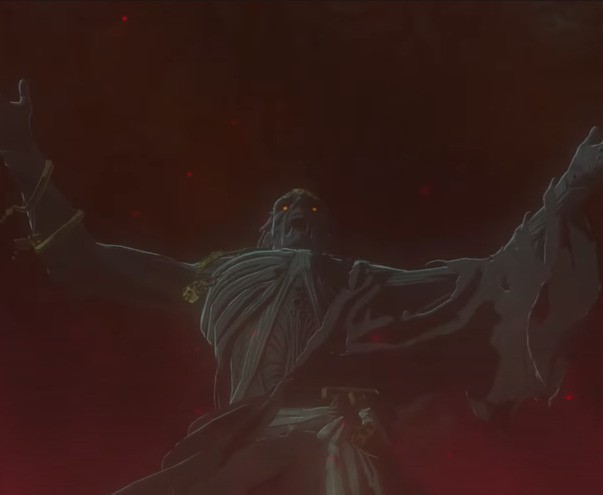 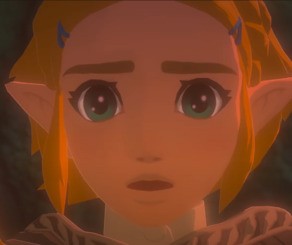 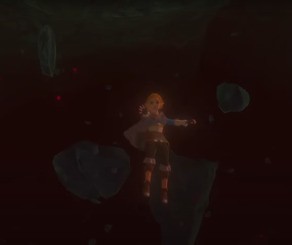 Then, triumphant horns, and a bright white light, similar to the light that Link sees at the start of Breath of the Wild. Zelda says in the original game, “Link, you are the light–our light–that must shine on Hyrule once again”. Interesting. 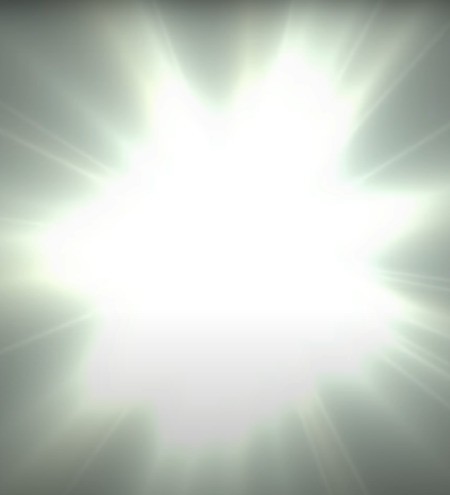 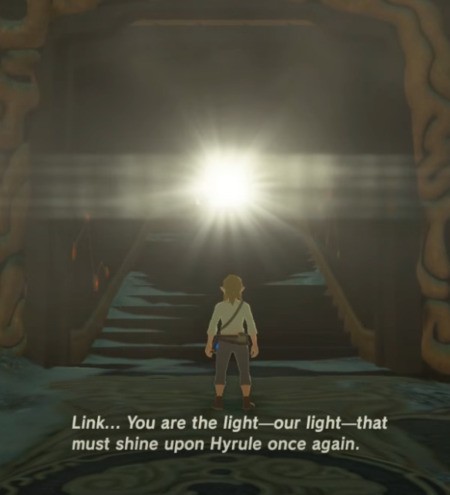 Then, we see Link falling from the sky, Skyward Sword-style, onto some chunks of Hyrule. We can’t quite tell what chunk this one is, exactly — is it something new, or something we’ve already seen in the original game?

The Link we see in the sky is new, too, with a different, older-looking outfit that includes a toga-looking thing, a rope belt, and sandals, as well as a much longer, shaggier hairdo and an arm that looks like it’s made of… well, not out of arm. 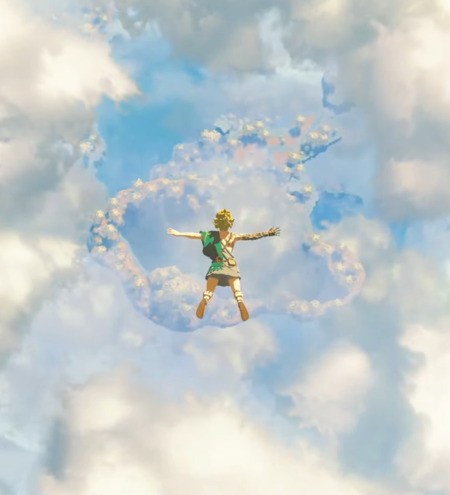 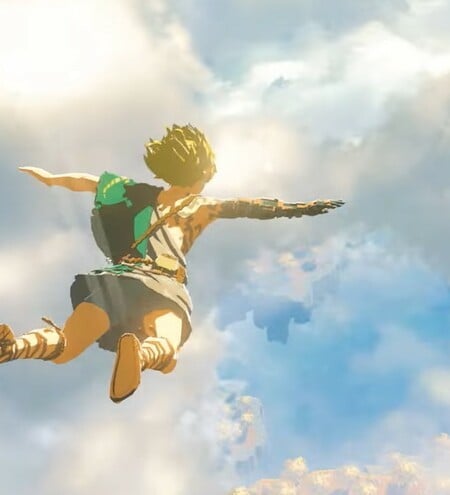 Then, we see the same Link again, this time with an updated glider, a new shield, new trousers, and new boots, as well as a bow and a quiver of arrows, gliding through the clouds between floating islands.

There’s also some kind of strange structure hidden behind one of those clouds… It’s hard to tell what shape it is, even, but it’s certainly piqued our curiosity.

We cut to the same Link (in the same outfit) running through a sunlit meadow towards an arch, with strange rock formations (or walls) to his right, islands above him, and a few birds scattering into the sky. If we look at the islands in the clouds, we can see another similar arch up high.

Then, we get a look at something to fight and/or make friends with: a strange part-mechanical, part-rock creature with the Sheikah symbol for arms and an interesting rising sun design on its… face? There’s also a potentially new symbol on its belt, which looks to us like a broom surrounded by the strange teal glyphs that we saw binding Ganon in the first trailer. Note the lamp-looking things on its shoulders. We’ll come back to that in a bit.

One of the most exciting reveals for combat lovers is the combination of known enemies, as shown in this Bokoblin camp built on top of a Stone Talus. What’s more, the Bokoblins have Moblin-style horns on top of their heads, so maybe they’re some exciting new hybrid — or maybe Bokoblins are simply the larval stage of Moblins!

Then, of course, we get a close up on a hand, with that teal glow that we saw in the first trailer that seems to represent… something. Could it be a past Link? Do those long, almost manicured nails mean that we’re actually looking at Zelda’s hand? It’s worth noting, too, that the arm is Link’s RIGHT arm, and although our boy is often left-handed, he uses his sword in his RIGHT hand in Breath of the Wild.

That hand seems to give Link magical powers, though, just like the Sheikah Slate. We see Link (the Champion’s Tunic one from earlier, not the sandals-and-toga one) biffing spiky balls at Moblins using some kind of Stasis-like power, first:

Then Link is seen flamethrowering a boss-looking… tendril of some kind, but this time it’s not his magic arm doing the work, it’s a cool dragon-head shield, which is on his LEFT arm:

The bit that’s intriguing most players is the bit where a droplet of water goes in reverse, then cuts to Toga Link and his glowy arm seemingly diving upwards and through a rock, with his glorious blonde locks. He does a sort of frog-kick to propel himself through the stone, emerging the other side from a Portal-like portal. Some have theorised that this is Zelda, because we’ve only seen them from the back, and, well, it’s IMPOSSIBLE for boys to have long hair… right? 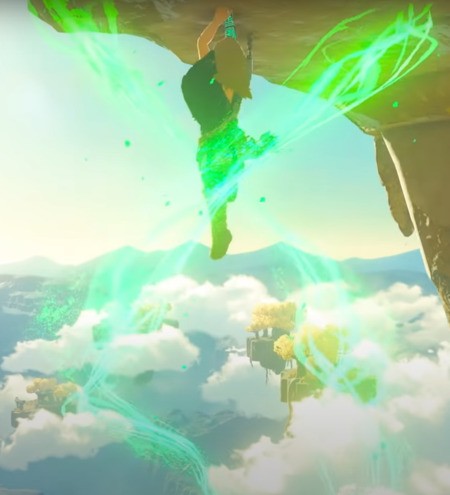 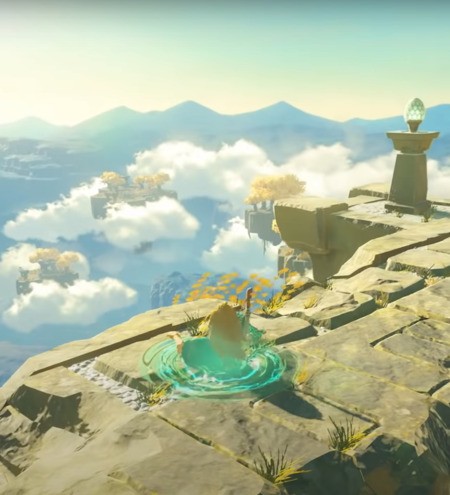 But ENHANCE on that torch for a second… remember that? It’s the shoulders from our friend earlier! Could we be seeing some new architecture from an ancient civilization? Many of the arches and pillars we’ve seen have a unique upside-down-triangle feeling to them, which is something we haven’t seen much of in Breath of the Wild.

Oh, and we get a bit of creepy backwards music, too. Turns out the music in the trailer as a whole is the original BOTW theme, backwards, but this bit in particular is different, and we’re not sure what it means yet.

After all that lovely, sunshiney stuff, we get back to spooky evil times, as Hyrule Castle rumbles and crumbles its way into the sky. Bits even break off, which could mean that we can explore the castle ruins below, too. The pink Malice turns fully red, now, and as we all know, red is scarier than pink. 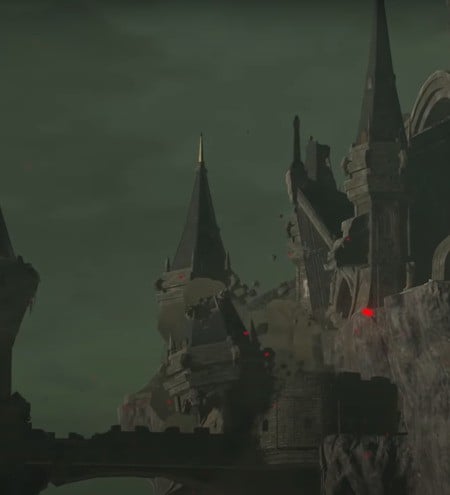 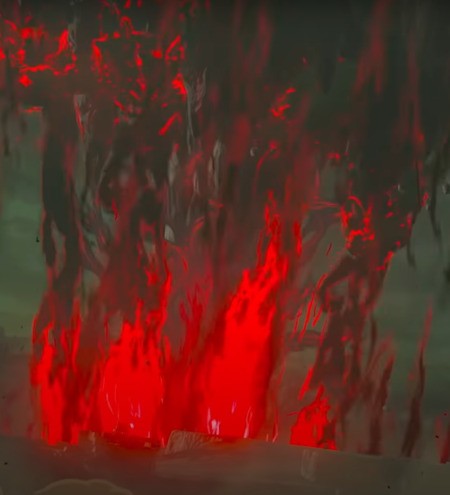 Finally, we get a zoomed-out look at floaty Hyrule Castle, with Hyrule Castle Town Ruins to the left and Hyrule Ridge beyond that. The viewpoint would place the camera on the Crenel Hills, where you can find the giant, hollowed-out tree stumps. It’s probably not important, though.

…Then again, just in case it is, here’s the castle in the BOTW2 trailer versus a similar view from Breath of the Wild itself. Those big pink pillars are gone — were they keeping the castle locked to the ground?

The trailer leaves us with the most mysterious, vague reveal of all, though: 2022 as the release window. Well, it’s less of a window and more of a massive hole in the wall, but we’ll take it.

Well, that’s the most resent trailer dissected! On the second page we breakdown the original E3 2019 reveal trailer, plus we examine all confirmed details, a bunch of speculative details, and also discuss the game’s projected 2022 release date… 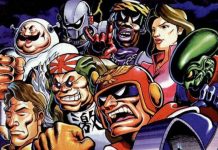