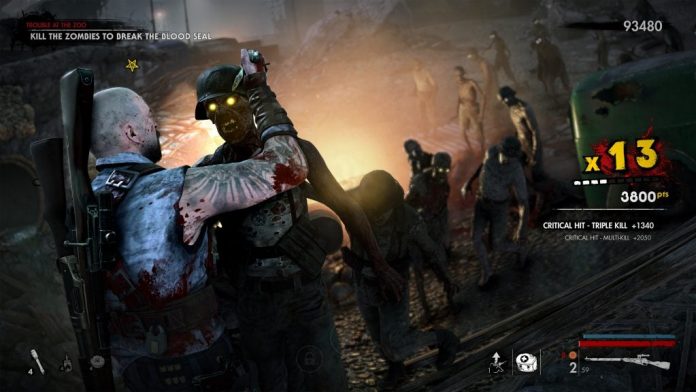 Zombie Army 4: Dead War offers a new beginning to a spin-off series that deserved more attention, trading a few elements that made it stand out at first with a more ambitious take on multiplayer, all without abandoning its roots.

Sniper Elite presented itself as an action shooter where big and rapid-fire weapons take a secondary role, and Nazi Zombie Army followed a similar approach, but now Zombie Army 4: Dead War aims to revitalize the spin-off trilogy with tons of new tricks to fight the living dead, blessing it with a more mainstream approach.

As the name implies, it’s the sniper rifles that steal the show here – missions are often vast with detailed vistas meticulously designed around them. Finding itself amongst an array of zombie games, the Nazi Zombie Army trilogy fell right in between the frenziness of Left 4 Dead and the gory, tactical pace from Killing Floor.

The focus on long distance weapons makes for an interesting mix, especially in the way they are handled. Where Sniper Elite asks you to track down your targets from afar, following their movements whilst occasionally engaging in close quarters combat, Zombie Army is all about feeling overwhelmed at all times by dozens of Nazi Zombies.

Attacking them upfront is an option, sure, but ammo is rather scarce. At one point or another you’ll have to use your primary weapon, and there’s nothing more haunting than looking through the reticle to see never-ending hordes coming your way.

If you haven’t played any of the games before, you might be wondering how zombies ended up in the equation. Well, the series begins moments prior to Adolf HItler’s surrender during World War II. As a last resort he performs a satanic ritual, bringing all his loyal soldiers back to life to storm the Earth once more. Take it as an alternative universe where the horrors of Wolfenstein had taken a much more grim turn, with BJ Blazkowicz finding a sniper rifle instead of a double barreled shotgun in The Old Blood.

During the trilogy, players face all kinds of undead enemies, often taking the form of your usual infected opponents: the one who has tons of health or armour, the one who spits acid, the kamikaze, and so on. Hitler is sent to hell after the end of the third game, but for reasons that you’ll unravel in Zombie Army 4: Dead War, the dead are still roaming. Even worse, they seem to be stronger than ever. But so are you.

Dead War introduces a single player campaign once more with the option to team up with three other players online. You’ll traverse through 9 episodes, each consisting of a handful of levels intervened by safe rooms to replenish your health and ammo (sadly, there’s no catchy music in here to celebrate your arrival). 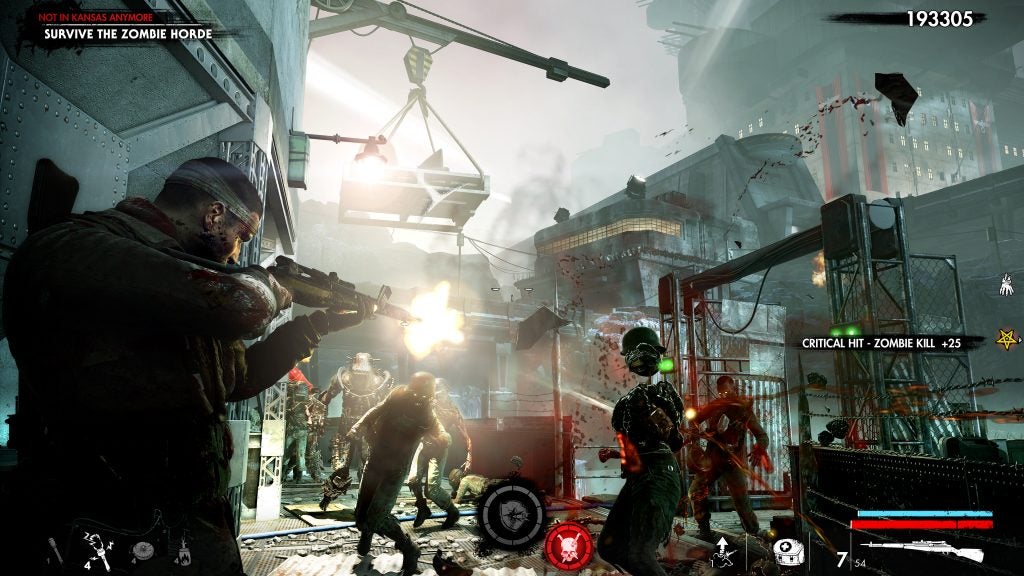 As I mentioned, snipers are your bread and butter, whilst shotguns and machine guns take a secondary role. In addition, there are also different throwable weapons, and both explosive mines and tripwires to set as traps to defend and alert you from an upcoming horde of enemies at your back.

Perks add to the fun as well, along with power ups for your weapons that can be obtained by using upgrade kits to toy around with small skill trees for each of them. Once you have unlocked everything, you can push things even further by mastering the weapon after completing a challenge. Special abilities are another cool addition, and whilst there’s only four of them, they can make a big difference in the toughest moments.

Plus, you also get to choose different effects and upgrades for them. My favourite so far involves an electrical fist to punch undead Nazis, and its effect can also hit multiple targets at once, getting you out of trouble in a whim. These elemental twists are everywhere, and the game constantly encourages you to use them, which is great. Electric shocks result in a momentary stun, but they will sometimes pop the head off from a Nazi, an animation that I doubt I’ll get tired of seeing anytime soon. 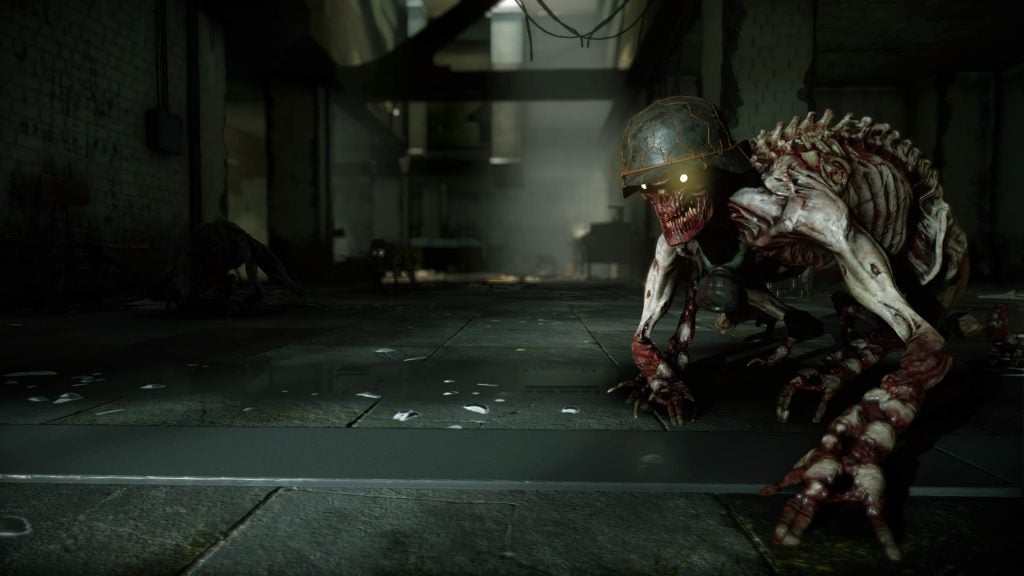 There’s also fire, which would be senseless to explain, and Divine Damage, which weakens zombies whilst also healing both you and your teammates, letting you become a paladin for a couple of seconds. They are all small additions, but all work incredibly well without being too much to bare on top of everything else.

And there is a lot of everything else. All these elements can be accessed and tweaked in loadouts (yes, you can create multiple loadouts and switch them before a mission, along with picking up weapons from stashes or as loot from enemies as you go).

During combat, special abilities that vary depending on the weapon you’re holding will charge over time as you kill everything on your path, letting you slow down time, shoot a powerful bullet that will explode in an area causing all nearby zombies to drop to the floor, stunned for a brief moment, and more. Oh, and there’s close quarters executions, which are neat since they also heal you at the same time.

The constant killstreak meter, tracking down every successful and unsuccessful shot, is back and is now displayed in a much more prominent manner. Each episode presents challenges as well, and there are collectibles to find everywhere, giving you glimpses of lore in the form of stickers showcased in an album.

Throughout the game you’ll also gain experience, which levels up your rank, giving you rewards including different skins for your weapons, upgrades, and unlocking slots to carry more perks, among other stuff. X-ray cameras also make a comeback, but compared to previous games, they’re much less frequent (this is something you can tweak in the options menu, though.) 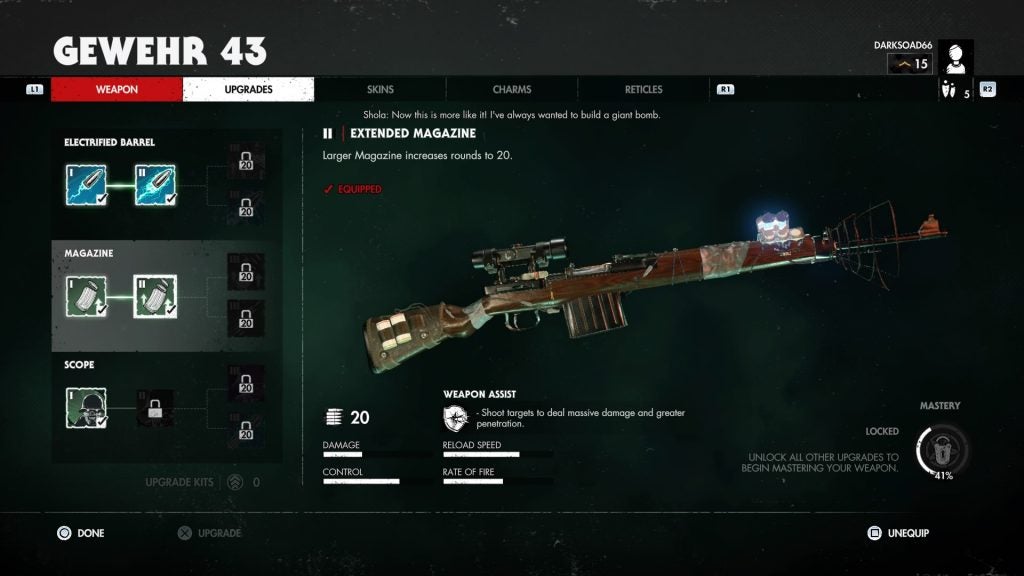 Scenarios are now vastly opened, and their scale certainly feels like an improvement upon the trilogy, for both better and worse. They still feel great to navigate, and you’ll be rewarded almost all the time for leaving the main path to inspect a cabin or the upper floor of an abandoned building. The hands, for example, are hilarious collectibles to find – presenting a moving shadow on a wall or falling down a classroom board, making that awful sound with their decrepit nails that’s probably in your head right now. There’s also dolls everywhere, which are extremely creepy.

As yet another addition in Zombie Army 4: Dead War, there are some stationary traps that often have a limited use, but can be super useful to help reduce the numbers of an upcoming horde. Some electrify the ground or attract zombies with a recorded dialogue for a couple of seconds before exploding, whilst others have a scary undead shark that will eat anything nearby.

All of this might sound interesting, and it is, especially when everything mixes just well enough together. The problem is that part of the essence of the first game has become lost in the process – specifically, being presented with a claustrophobic sensation that fits really well with the atmosphere of more contained, yet highly explorable scenarios.

Now, the feeling of going from point A to B is much more streamlined, and there are several moments where a plot device will leave you in a shelter of sorts, surviving waves of enemies. It’s in these moments that there’s usually plenty of ammo to use, which made them a bit off putting. 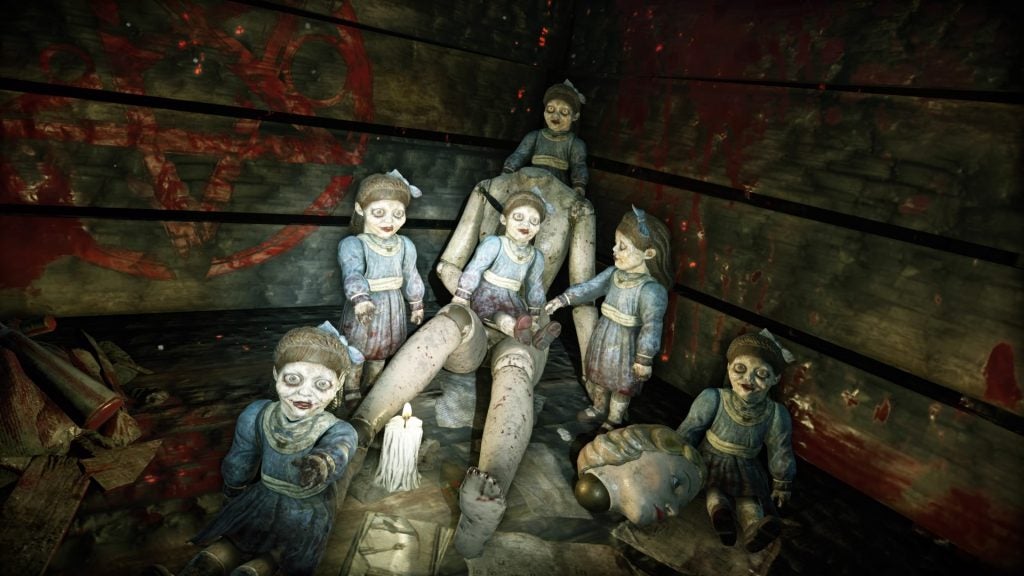 Zombie Army 4: Dead War is the biggest entry in the series to date. Even with the atmosphere of past games still roaming around, the bigger, bolder attitude and massive focus on multiplayer and character progression sets this in a completely different direction, even packed with unlockable emotes.

It’s probably the best way to get into the series, especially if you have a group of friends to play either the campaign, horde mode or the weekly challenges, but I highly recommend to visit the previous entries as well.

Regardless of this new vision, the sensation of having all the odds stacked against you is still intact as you look through your rifle’s reticle. The sound of the bullets cracking a zombie’s skull, the pumping music joining you in the heat of the battle, the way the world has succumbed into darkness and despair – it’s all here. 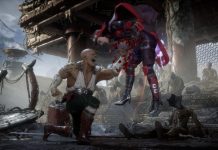